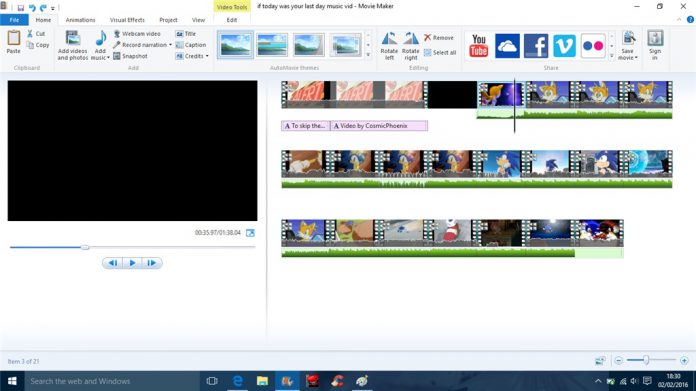 Movie Maker is one of the standout free apps for Windows Desktop. It is a spiffing feature-rich editing suite that costs nothing and is popular amongst users. However, it is not yet available as a Windows 10 app. That may be changing according to a support page for Movie Maker. On the page, Microsoft hints that the app could be coming to the Windows Store for Windows 10 PCs.

If you have never used Movie Maker, it is a simple tool for editing videos. While there are obviously more nuanced and detailed editors out there, Microsoft puts the emphasis on ease of use. It is an easy to use program that is accessible for anyone using Windows.

Movie Maker has been available since 2000 and has been through numerous iterations since then.

That means Movie Maker as it currently is will be wound down over the coming months. However, Microsoft is not killing the service entirely, so a Windows 10 version is expected to arrive.

There is still some confusion. Microsoft has pointed to Windows 10 alternatives for Essentials like Photos, Mail, and OneDrive. However, the company’s support page suggests something else for Movie Maker:

“Movie Maker will soon be available from Windows Store for Windows 10 users.”

Unfortunately, Microsoft is not expanding on that. The company has not offered any specifics like a release date. If Movie Maker does come to Windows 10, it will be interesting to see if it supports the Universal Windows Platform. The service as an UWP app would mean the editing suite is available across Windows 10 devices.