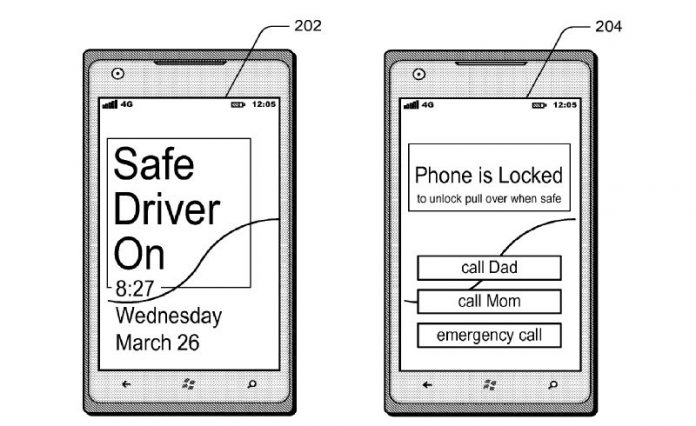 A new Microsoft patent would bring a teen-focused driver management tool to smartphones. Called Mobile Device Safe Driving, the technology would monitor teen drivers. If the teen is driving dangerously or speeding, the device would alert the driver.

Since seeing this patent, we have been trying to figure out where it fits in to Microsoft’s plan. More importantly, we are trying to decide whether we will ever see this feature.

Firstly, Microsoft has moved away from making mobile hardware. Where it is focused in the mobile space is on the enterprise. This teen driving feature hardly appeals to that sector, so perhaps this is not meant for Windows phone at all.

Instead, it is worth remembering that Microsoft is a monster-sized developer for both Android and iOS. There is definitely a possibility that Mobile Device Safe Driving could land on one of those platforms. Either way, the company’s patent describes the service as such:

As well as being able to tell teen drivers of erratic vehicle operation, the service can do more. Perhaps more importantly, it can send alert notifications to parents and even lock the device down. Microsoft says there will be two levels of use. The first will be the device completely locked and the second would be a hands free setup.

There is certainly some interesting potential here. Microsoft could even sell this technology to insurance companies and governments. Distracted driving is a huge problem for most governments, causing deaths and raising insurance premiums. Telematics are becoming a popular option for insurers, and perhaps a service like Microsoft’s would feed into that.