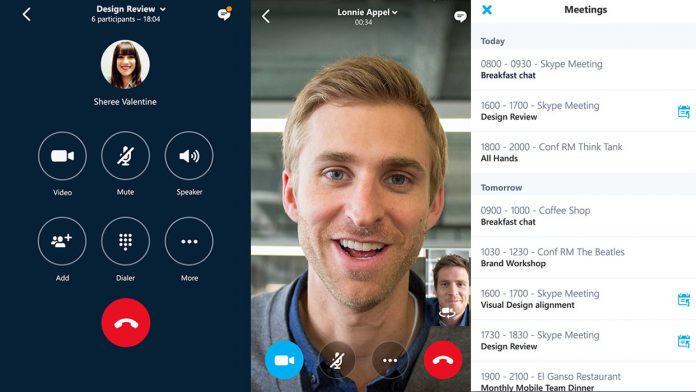 Microsoft has updated Skype for Business with a new feature on iPhone. Customers now have access to Video-Based Screen Sharing, pushing the version up to 6.7.

The protocol has the knock on effect of speeding up one-to-one conversations. It also improves startup times, viewing quality and reliability.

The previous Remote Desktop Protocol will still be available, and can be used as a backup.

Microsoft has provided some statistics on how much difference the change will make:

The update also comes with other minor upgrades to the UI and performance. Full changelog below:

“With this update, we are bringing Video-based Screen Sharing (VbSS) to your mobile devices. A faster and more reliable way of viewing content in a meeting, VbSS is a great improvement over the traditional approach of content sharing.?In addition, we also have some design and performance improvements.”

It’s not yet clear what the design improvements are, but they’ll likely reveal themselves as users on the previous version begin to notice changes.

There are some downsides to RDP, however, namely a decreased fidelity. Video will be less crisp, traded for an overall more responsive experience. However, according to Microsoft this “will not be readily visible to users.”

You get started with VbSS on iPhone by downloading the latest version of Skype for Business from the App Store.