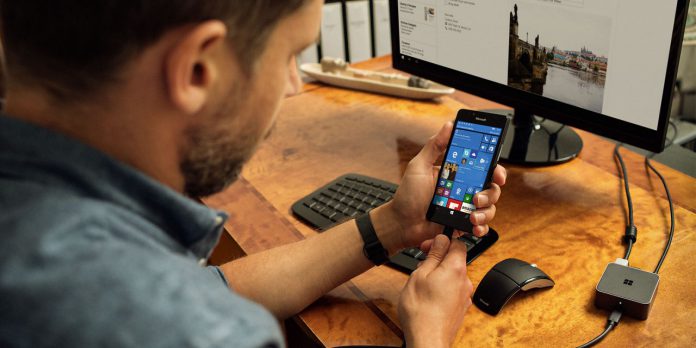 Windows Phone fans who missed the Lumia display dock deal last month will be happy to hear that it has returned. The price cut on the two phones remains the same, at $399 for the Lumia 950 and $499 for the XL.

That puts the 950 XL at around 30% cheaper than its original price, and the 950 about 27%. Microsoft has confirmed that the prices on the two phones will remain at this level for the foreseeable future, so there’s no need to rush unless you want the dock.

Both devices are pretty solid despite their unpopular OS. They have a 20MP ZEISS camera, USB-C charging, and good battery life. The 950 has a Snapdragon 808 processor, while the XL has the faster 810.

As you would expect, the XL has a bigger screen, which is ideal if you plan to watch Netflix or other multimedia content. The bigger size all means that it can fit a bigger battery, and supports an extra hour of video playback.

The Display Dock itself will usually set you back $99. For those unfamiliar, the device allows you to use Continuum to connect your phone to an external monitor. From there, you can access the Office suite and other applications, which are scaled to fit the big screen.

The dock connects to the phone via a USB-C port, also adding three USB 2.0 ports that you can plug a mouse, keyboard and other peripherals into. Framerate goes up to 60 fps and supports 1080p.

Of course, the main advantage to this is portability. You essentially have a mini computer in your pocket, which means you can plug it into a monitor at work or at a friend’s house.

It’s possible that Microsoft is pushing the dock to encourage users to use Windows 10 and continuum. The Redstone 2 update is currently in development, and will allegedly focus on bringing major improvements to the mobile platform.

Some users may prefer to wait until the release of the Surface Phone and get their hands on a more powerful device. However, with the release date now rumored for mid-2017, the free Display Dock might be just enough to tip the balance.

You can purchase the Lumia 950 and Lumia XL from the Microsoft Store.