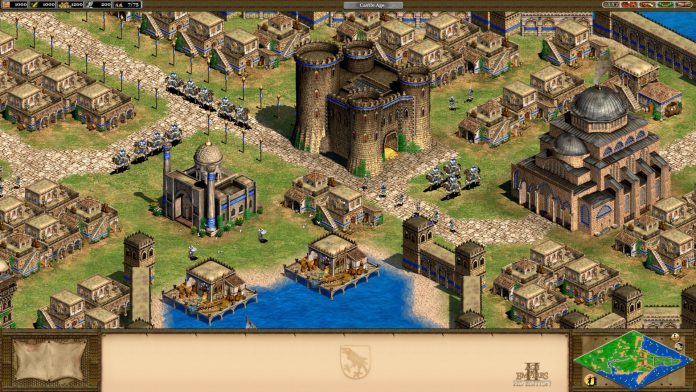 Gamers got excited today thanks to a single image sent out by Mike Ybarra of the Xbox division. An image of an elephant from Age of Empires led many to believe that the classic game was coming to Xbox. However, Ybarra headed back to Twitter later to say that it was just an image and not a tease.

Age of Empires is one of the classic PC games. It has been around since 1997 and has gone through many iterations since. The title has been revised and updated with sequels. It is a bona fide classic that has been confined to gaming rigs.

Mike Ybarra, Xbox’s Director of Program Management, tweeted the elephant and immediately gamers got thinking. This, they thought, was clearly the exec teasing that Age of Empires would be coming to the Xbox One. They have waited a very long time for this news!

Age of Empires anyone? #Xbox pic.twitter.com/A6xBGPmam1

But no. Ybarra quickly shot it down. He came back to say it was merely a snap of an AoE elephant model that happens to be in the building. In other words, nothing to see here, move along.

Sorry to disappoint, but it was just a picture of an Age elephant we have in one of our buildings. https://t.co/qKFDsorEhO

The popularity of Age of Empires cannot be overestimated. It is one of the best-selling games of all-time and has been limited to one platform. It has shifted 20 million copies without ever being on a console. The excitement of gamers is understandable. Indeed, Ybarra even tagged his tweet with an #Xbox tag!

Could this be a double play on Ybarra’s part? There is at least a small chance that this was a tease and he was covering his tracks with the second tweet.

Microsoft Studios is the publisher of Age of Empires, so many believe it should be released on Xbox. There seems to be little reason why it isn’t on the console. Let us know if you want to see AoE land on the Xbox One in the comment below.