Microsoft rolled out build 14915 to Insiders yesterday, but users of the Surface Pro 1 and 2 are reporting major issues. If you’re on these devices, Microsoft recommends that you stay well away.

The latest build appears to break the WiFi adapter, resulting in an inability to detect networks.It’s not yet clear how widespread the issue is, but it seems to be affecting a fair amount of users.

Unfortunately, users have reported that reverting to an older build doesn’t work.

The only way to return to normal functionality at the moment is to install a clean production build. Several users have tried their own troubleshooting, but to no avail.

Support Engineers recommended reinstalling network adapter drivers via functioning PC. However, this resulted in a “Windows cannot initialize the device driver for this hardware,” error.

However, thanks to community feedback, Microsoft is now aware of the issue and is working on a fix.

A spokesperson addressed the issue on the Answers community, and said the following:

“Hello Windows Insiders,
After the release of build 14915 to the Fast ring for PC yesterday, a Wi-Fi bug has been discovered that is impacting a subset of users. Please review the following:

It appears that the problem goes beyond the Surface line and affects some desktops using  Marvell WiFi chipset drivers. The writer also gave some idea of the impact of the issue and how to resolve it:

“The percentage of users impacted is limited, but for those affected, all Wi-Fi functionality is lost and there is no temporary fix to restore Wi-Fi on this build given the nature of the bug. Affected users will need to use a wired connection if available or roll back to the previous OS version on their device to bypass this issue.

Our Engineering teams have quickly completed a root cause analysis of the issue and are working to get the fix checked-in to make it available in our next flight.”

Some users are rightfully angry about the issue as Microsoft didn’t notice before release. This serves as a good reminder of the instability of Insider builds, which don’t always function as daily drivers.

Users worried about data loss will be patiently awaiting the next Redstone 2 build, which the company will hopefully fast-track as a result.

You can read the full answers thread here, and read through community fix attempts here. 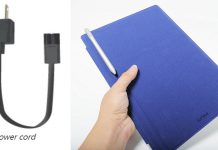