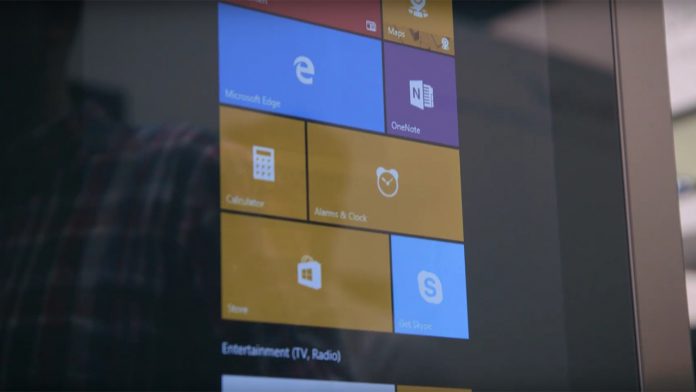 The idea of a Windows fridge seems like a strange one. It’s hard to imagine exactly what kind of person would stand in front of a fridge for hours on end, but that hasn’t stopped the company.

LG revealed the appliance at IFA in Berlin today, complete with a 29-inch translucent touchscreen. The use of the Windows lets users launch any app in the store, including paint, Regedit and more.

Though it sounds ridiculous at first consideration, the idea begins to grow on you once you realize what a central role the fridge plays in a household. Families use them far beyond their intended applications, as a noticeboard, artwork display and more.

This functionality only gets easier with the use of a touchscreen. Users can pin digital notes, set timers, add recipes, calorie counts, sell-by dates.It only becomes more powerful with the use of Cortana. In addition to many of the features above, you can use her to play music, give weather reports, information or reply to messages.

The InstaView Fridge is less of a device you’d use exclusively and more of an assurance that you can carry on where you left off.

I often find myself lugging my laptop or iPad around with me so that I can continue my Netflix show while cooking. This method would mean that I wouldn’t need to. I’d have a huge 29″ display to watch it on. You can even go on YouTube, which means guided visual cooking tutorials.

The device runs on an Intel Atom processor and 2GB of RAM, which should be enough to handle most basic web browsing and video tasks. LG hasn’t confirmed pricing yet, or when it will be available. It’ll likely end up as an

It’ll probably end up as a showpiece for more high-end homes, but it still speaks volumes about the future of smart home technology.