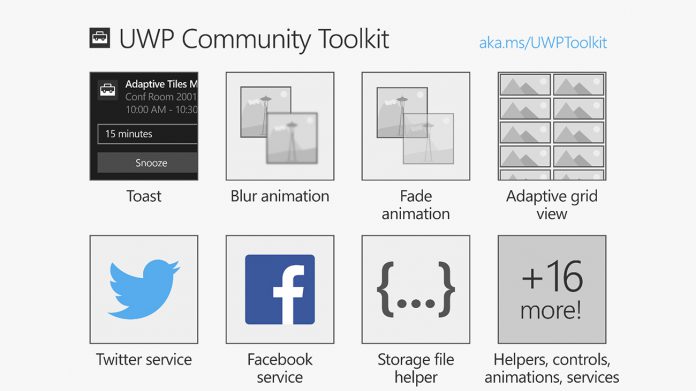 Microsoft’s Universal Windows Platform (UWP) plans have been taking shape this year. With the launch of the Windows 10 Anniversary Update, UWP is moving to the next level. Among the key technical components of the platform is the UWP Community Toolkit. Microsoft has now launched a new video that highlights the Toolkit and its capabilities.

The UWP Community Toolkit is an entirely open-source project that lets the developer community collaborate to introduce new capabilities on top the SDK. The easy-app-development tool has been available since the middle of the month.

Robert Green, a Technical Evangelist in the Developer Experience at Microsoft hosts the video. He is joined by David Catuhe, the project head of the UWP Community Toolkit. They discuss the Toolkit and how it can be used by developers for common tasks when building applications for Windows 10.

One of the highlights of the video is a demonstration of a hamburger control menu. Green and Catuhe show how the UWP Community Toolkit can be used to create such an interface. This includes supporting notifications and managing animations.

Microsoft is clear that the Toolkit is ideal for developers at even a beginner level. This is pointed out in the video, with the duo saying developers with little time can breeze through app creation. By removing code, Microsoft is opening the doors for even development newbies to create UWP content.

Catuhe says that Microsoft is committed to the Universal Windows idea. More to the point, he says the company is going to support the UWP Community Toolkit extensively in the future. Indeed, he even hints that a new version of the service could be sent out each month.

Wrapping up, Catuhe adds that Microsoft will regularly add new features and accessibility. Those new additions can be expected soon.