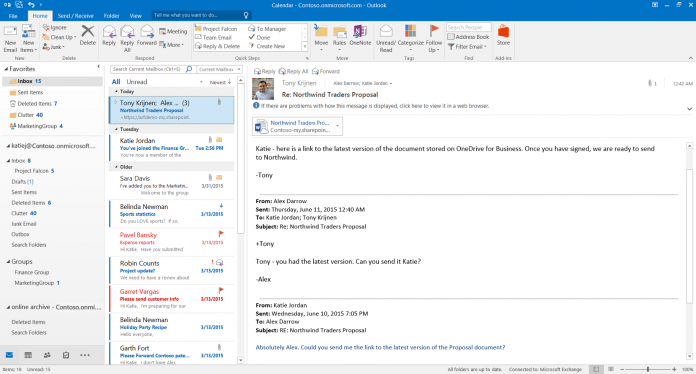 A bomb was dropped yesterday when it emerged Microsoft’s Outlook.com migration plans were very late. Indeed, a leaked an email sent by the company said the switch would not be completed until early 2017. However, it seems as though that message was a mistake and Microsoft says the early 2017 timeframe is actually wrong.

Microsoft starting moving Outlook.com users to a newer infrastructure since February. The migration was has been rolling out to users each week. The company said that the migration would be completed before the end of this month.

That deadline is clearly going to be missed. A surprise came yesterday when the company sent an email to Twitter user Fully Completely. The message said “We expect the upgrade to be finished in the first half of 2017. We apologize for the inconvenience and thank you for using Outlook.com.”

Of course, an early 2017 deadline would mean Microsoft’s migration plans would be very late. It is worth remembering the company first announced this Outlook.com migration last spring. The concept behind the improvement is to bring Office 365-like features to the Outlook.com experience.

ZDNet decided to reach out to Microsoft to seek official confirmation regarding this new 2017 timeframe. Luckily the company quashed the earlier message and said it is working to complete migration:

“The error message incorrectly stated the date as the first half of 2017; we’re updating this message to reflect the latest migration schedule. We are in the final stages of the Outlook.com migration, with nearly 90% of our active users already migrated. A small percentage of our active users will take additional time to migrate based on certain features they are using like shared calendars.”

Danger averted, Outlook.com will complete its migration before the end of the year. However, this is undoubtedly a confusing situation and the sooner it is complete the better.

It seems the Outlook.com migration will in fact be rolling out in the year, but what is more interesting is that the reply didn’t give any clearer explanation on when it can be expected.