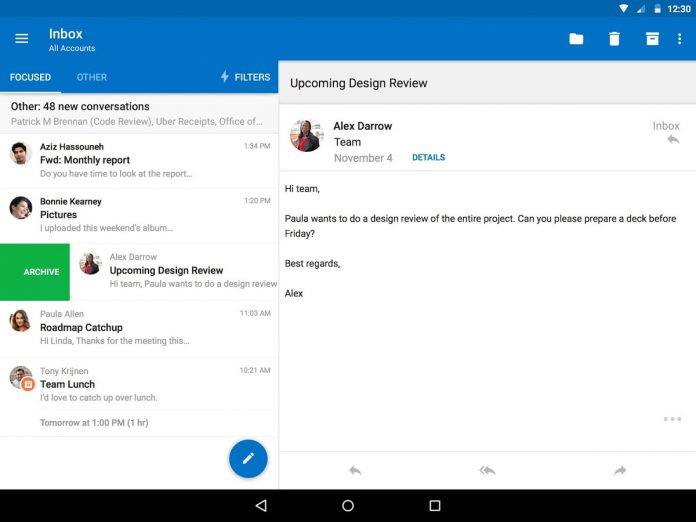 Microsoft first announced the new Outlook.com in February and back in June tweeted that all users will be on the new version by the end summer. It’s now looking very unlikely that will be the case.

The Outlook team’s goal was the end of August, which is very fastly approaching. The firm confirmed that it still was behind the goal on August 15th, but users are now reporting that it could be much longer.

Infomation about the new goal came from Twitter user Fully Completely who received a message suggesting it won’t come to some users until the first half of 2017. Here’s the full message:

“We’re currently upgrading Outlook.com accounts. During the upgrade, you won’t be able to share your calendar with some accounts, but you can still send a link to your calendar by clicking ‘Get a link.’ We expect the upgrade to be finished in the first half of 2017. We apologize for the inconvenience and thank you for using Outlook.com.”

Microsoft first announced the new interface in May 2015 when is was said to start rolling out in the next few weeks. In April 2016, the company admitted that the initial plan had been over ambitious. At that point, the team had only migrated 175 million out of 400 million users. It’s not clear how many are now left, but it’s understandable for users to be peeved.

The main priority of the Outlook.com client is to bring it closer to the desktop app. Microsoft has added a number of features, which they listed on their initial blog post on the topic:

“The experience for users connecting to Outlook.com from the Outlook apps for Windows or Mac is also greatly improved with this move to a new platform. Setting Automatic Replies, toggling flags and syncing categories, inbox rules and drafts are now available, providing a great Outlook experience whether you prefer to work in an app or on the web. Outlook on Windows now supports Outlook.com email aliases, while Outlook for Mac can now sync calendar and contact information.”

Many users are patiently awaiting these, and the tech giant hasn’t given any word on what problems they are having. With hope this will be the final deadline extension and those missing out will be on the same playing field soon.