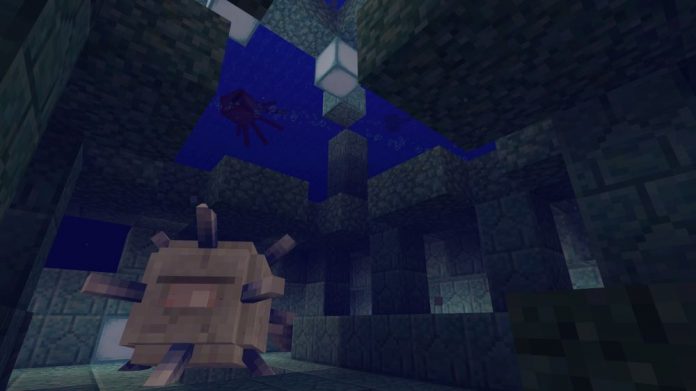 Today, Microsoft has given a sneak peak of what’s next for Minecraft after the Oculus Rift update. The next focus for the team is the so-called “Boss Update,” which will bring tons of new content.

The update will go live this fall, and adds two new boss battles, new building blocks, slash-commands and more. It should add content that both creative and survival players will enjoy.

Update 0.16 will come to Pocket Edition and Windows 10, but Mojang has yet to announce a specific release date. However, Android users can test the features right now by signing up for the beta.

Mojang’s main addition is the two new creatures. The first of these is an Elder Guardian boss, who will patrol new underwater structures named “Ocean Monuments.” Surrounding him will be Guardian sea creatures, complete with laser beams and loot.

The second is the Wither boss, a floating three-headed mob who drops nether stars. Players can use the stars to craft beacons, which give a number of buffs to nearby players.

On top of beacons, three other blocks will be added to the game. Players of the Java game will already be familiar with sea lanterns and sponges. However, they may know less about prismarine, the unwater block used in Ocean Monuments. Creative players will have access to these to help them decorate their builds and houses.

They’ll also be able to utilize the new slash commands. Players can use these to give items from the inventory, summon mobs, change the time or weather and switch between survival and creative mode. Microsoft states that over twenty will come with this update, and there are plans for more in the future.

Mojang will share more information about the update at MINECON in September, but until then you can read the official blog post.