There’s been a huge amount of hype over the next iPhone this year, with various reports and rumors floating around. Fortunately, Apple enthusiasts won’t have to wait too much longer to find out which are true, as the announcement will be on September 7.

The launch event will take place at the Bill Graham Civic Auditorium in San Fransico. Bloomberg rumors that the company will release new MacBooks and a second-gen Apple watch.

Despite the event, customers will likely have to wait a little longer to get their hands on the device. Some outlets have suggested September 16th, but that seems a little early to us. Apple generally releases on a Friday, and the latest iOS on the previous Wednesday. It seems more likely that the phone will be available on September 21st. 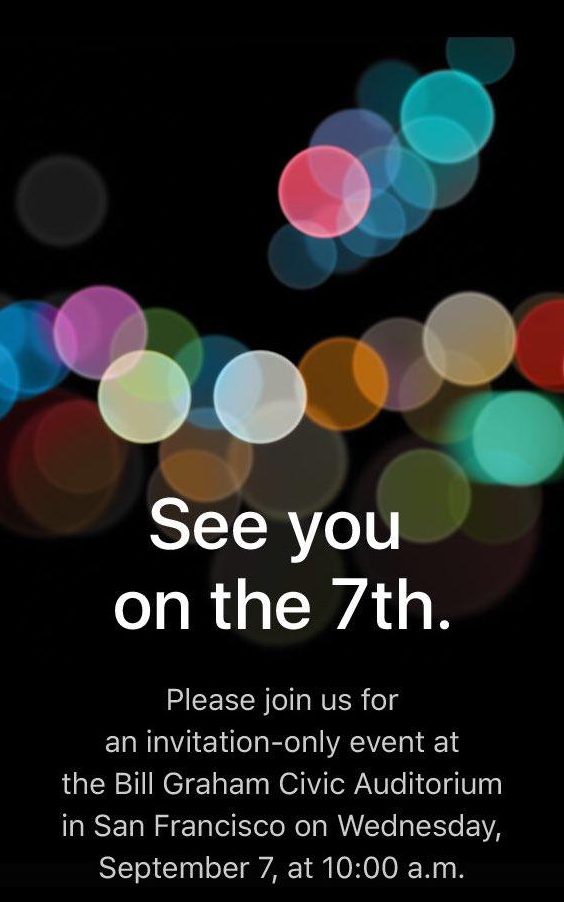 The phone will allegedly have a dual camera, and will ditch the headphone jack. This will likely make the device thinner than we have seen before, and it could also come with space for a stereo speaker.

No iPhone has ever had stereo audio, and it’s still something of a novelty at the high end of the smartphone market, with numerous flagships lacking the feature. Apple could sell the new addition as an innovation that justifies the absence of a headphone port.

A lot of users would be unhappy with that decision, however. Though Bluetooth earbuds are widely available, most high-end headphones still use wired connections. Apple would be cutting out a huge part of their market, which makes the rumors hard to believe.

The company is also rumored to be ditching its 16GB storage option, with 32GB as the new minimum. This would make sense. File sizes are only increasing, as are camera resolutions, so 16GB just isn’t enough these days.

We will have to wait until September 7th to find out if that statement is true or not, and what the company has in store for the MacBook and Apple Watch. In the meantime, you can catch up on the latest iPhone news here.

Microsoft Brings Files On-Demand to All OneDrive Users on MacOS