Microsoft is continuing to tie Halo 5 to the Windows 10 platform on PC. Even though the game is unlikely to ever be launched on Windows 10, the company wants the platform to serve as an entry point. The company has spoken recently about a Halo app for the Windows Store. Now Microsoft is fleshing the idea out with more details.

The arrival of Forge was used by some (WinBuzzer included) to speculate that the game would come to Windows 10. However, developer 343 Industries said later it has “no plans” to launch the game for PCs. 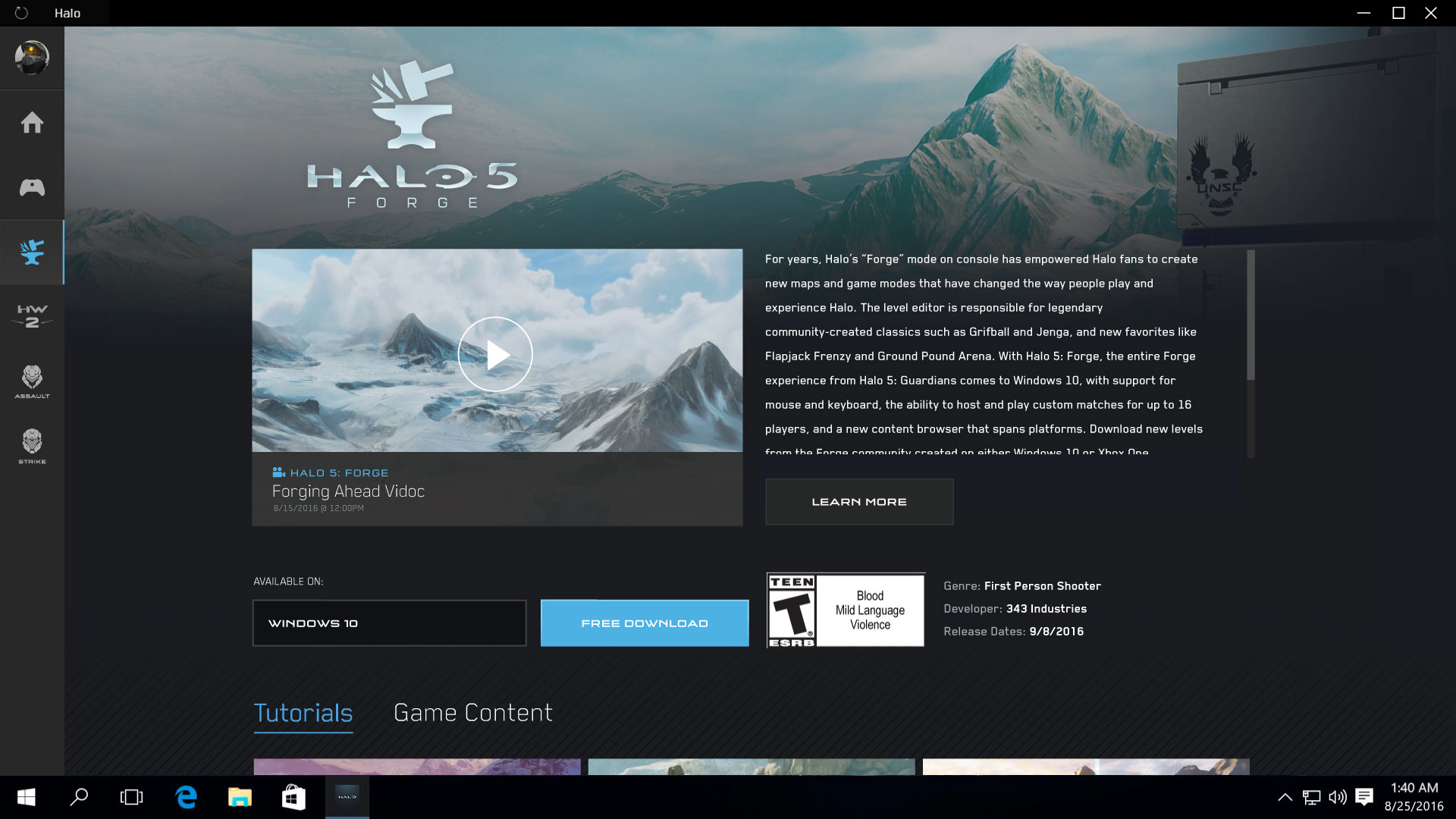 It is a surprising move considering Microsoft is pushing the Universal Windows Platform (UWP). The company’s core gaming franchise would be a highlight of the UWP plan.

The application will arrive along with the Forge map editor. It will be a free download through the Windows Store, Microsoft confirms. The company wants the app to be a central entry point for all Halo users.

343 Industries describes the Halo app as such:

“Our vision is for the Halo app to become the best way for our fans to get the latest information and details about all of our games, both past, present, and future. It will also be a great way to get the latest news, videos, tutorials, featured content, update notes and more from the Halo universe on your PC.”

The app will serve as a hub for gamers to access all related content, excluding the game of course. The community will be able to see content, share maps and other information, and start games. We guess this will be UWP offering, so it will also be available to Xbox One users too.