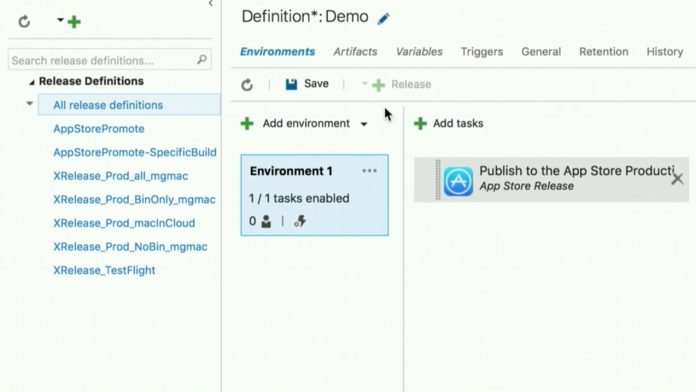 Microsoft already released a Google Play store extension for Visual Studio Team Services, and they have now widened the functionality to Apple devices. The extension allows users to deploy iOS applications to the store via Team Services and Team Foundation Server

To gain access, developers must be running Team Foundation Server 2015 Update 3 or later. Code for the extension is open source and uses the popular Fastlane tool.

The App Store feature includes two build tasks and a service endpoint to manage store and iTunes credentials. According to senior Microsoft software engineer Madhuri Gummalla, this allows you to:

She has also created a short video explaining how to set up continuous deployment. The whole process takes only a few minutes and provides detailed logs of the upload process.

Before you begin, you need to manually release at least one version of the app beforehand. You also need to install fastlane tools, which requires Ruby 2.0 or greater. Microsoft recommends installing the latest Xcode command line tools on a MacOS system.

The aforementioned video is provided for you below:

For those without the time or data plan to watch the video, we have also included Microsoft’s quick start guide:

“Once you have created or retrieved credentials for your App Store account, then perform the following steps to automate releasing updates from a VSTS build or release definition:

You can view the full blog post on this build here, and can also check out the source code on GitHub.