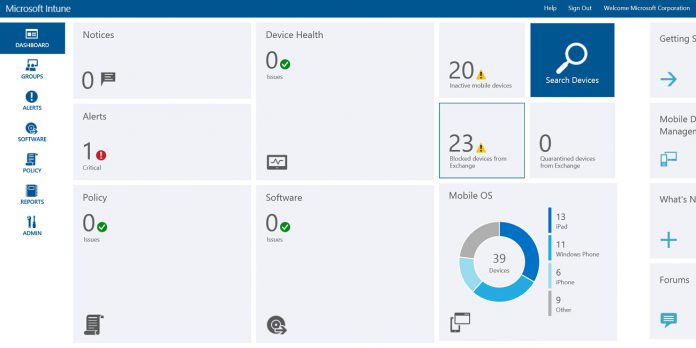 Microsoft has revealed that it is rolling out Intune support alongside Google’s release of Android Nougat. Mountain View released Android Nougat (Android N or Android 7.0) this week. The Intune team says it is bringing day zero support for the service on Google’s latest mobile operating system.

The company says it makes supporting new platforms at a day zero level a priority. With that in mind, Microsoft has been working on support for Android N for months. In fact, the company says it started testing MDM and MAM scenarios as soon as Google made Nougat previews available in March. In its official announcement, the company says users can expect a full Intune experience on Android N:

“When your users upgrade their devices from prior versions or buy new devices with Android N pre-loaded, you can be confident that Intune’s device and app management features will continue to work seamlessly. The only thing you need to do is update to the latest version of the Company Portal.”

Because Google removed the passcode reset from Android Nougat, Intune also loses the functionality. Microsoft points out that this will be the same for all MDMs. Trying to create a remote passcode through Intune on Android 7.0 will now result in an error. The company says a future update will remove the option for Android N users.

Microsoft Intune is a cloud-based mobile device management service. Among the features of the service are mobile application management, and PC management. Announced in 2011, the service manages company-owned devices as well as end users’ personal devices.

Microsoft has made a couple of recent changes to the service. The company introduced Xamarin and TeamViewer support at the start of the month. To help protect data, Yammer Mobile Application Management was introduced as a feature in Intune.