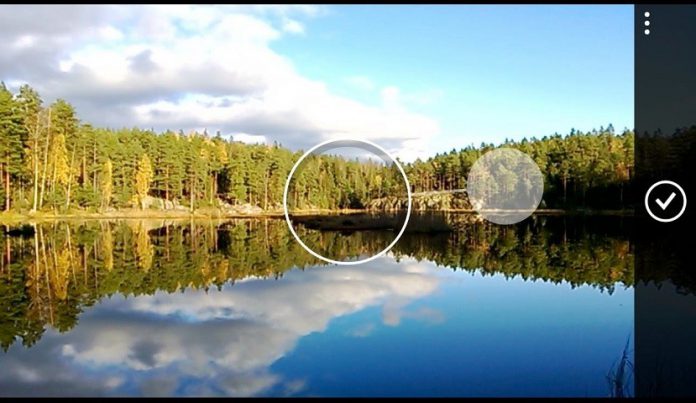 We first heard about the panorama feature for Windows Camera back in May when it was leaked by Windows Blog Italia. Since then, the update came to those in the fast lane, and it’s now moved to the “Release Preview” ring.

This hints that the feature will become available to the general public very soon. Windows Central reports that the new version number for the app 2016.816.21.0.

Which Phones are Compatible?

Unfortunately, Microsoft appears to be limiting the Windows 10 Camera panorama feature to the latest devices. So far it has been confirmed for the Lumia 950 and 950 XL, and nothing else.

The functionality may also be coming to the Microsoft Surface line, as it also utilizes the universal camera app. We don’t have any patch notes of yet, but they’ll likely come with the public release.

Panorama functionality works essentially the same as any other camera app. Moving the phone in a vertical position from left to right will capture required frames and compose a panorama within seconds. Panorama images will be autosaved in the camera roll folder.

The feature fills the gap left in the market when Microsoft discontinued apps like Lumia Panorama. It also adds additional features, such as flash, transparent tiling, and auto-alignment. It’s currently limited to vertical positioning, but that’s not a major issue.

Horizontal imaging would likely result in a lower resolution output. The vertical method means that multiple clear images can be combined, and also lets users rotate their phones to take vertical building panoramas.

Previously we believed Microsoft would roll out the camera update with the Windows 10 Anniversary Update. That no longer appears to be true, though the functionality has been ready for some time.

It’s possible that Microsoft will hold back the camera update and bundle it with their mobile-centric Redstone 2 release. However, more likely is on OTA update within the next couple of months.

If you don’t think that you can wait that long, get the latest insider build and download Windows Camera.