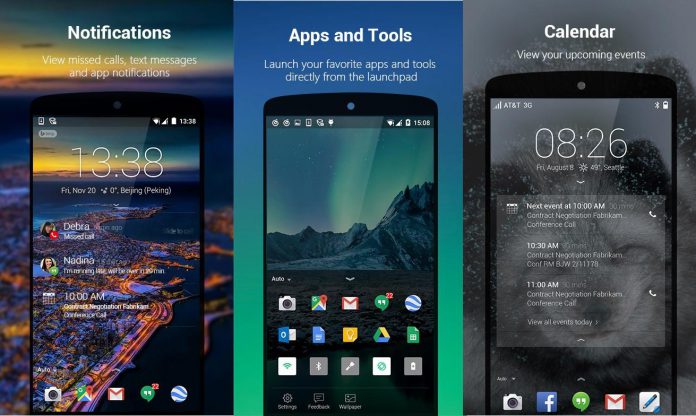 Microsoft is continuing to push it Android applications. The company has issued a new update for the Next Lock Screen application on Google’s mobile platform. With this release, the service moves to version number v3.7.1. This is actually a robust roll out with improvements and even a couple of new features.

Described as a lock screen for busy professionals, Next Lock Screen gives a device an extra security layer. It also offers quick access to features and services on an Android handset. Since it was launched on the platform, Microsoft’s app has been successful.

Indeed, it has been downloaded nearly 70,000 times and has a weighted 5-star rating. Most Android users have praised the app. This follows a trend of successful Microsoft services on the rival platform.

Update v.3.7.1 for the Next Lock Screen brings with it a number of new features. The screen no longer lights if it is in a pocket and receives a notification.

Users are now also able to manage their notifications and decide what is important to them.

Microsoft has also made a number of enhancements and improvements. You can check them out in the changelog below:

It has only been a couple of weeks since Microsoft launched the previous update for Next. As we reported, version 3.6.1 debuted a notable performance increase and a take it or leave is animated arrow icon.