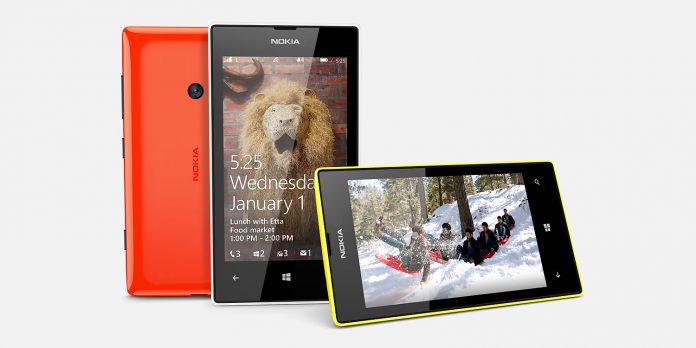 The Windows phone platform does not have many success. The Lumia 525 and its sibling the Lumia 520 were monster sellers, however, a rare win for the platform. Microsoft’s handset was a budget device that showcased the best of Windows as a mobile OS. Lightweight, speedy despite limited hardware, good-looking, and secure.

So why would you really want to put Android on a Lumia 525? No reason other than as an experiment we guess. XDA Senior Developer ‘banmeifyouwant’ sideloaded Android 6.0 Marshmallow onto the humble Lumia 525. The three-year old handset worked OK, but there were some problems. For example, features like Wi-Fi did not work.

To make the port function, the user had to remove Windows Phone and UEFI traces from the device. The Qualcomm Little Kernel Boot Loader was then flashed along with TWRP or TeamWin Recovery Project. Finally a port of CyanogenMod 13 was added.

After testing the port, the developer released it. However, it is still an Alpha build at the moment. There will be some problems for sure, but an improved version is in the works. If you want to test it you should be able to eventually. The developer says he will release the source code and installer.  It is worth noting that this port also works on the less powerful Lumia 520.

The Lumia 525 was launched as the successor to the Lumia 520. It sported improved hardware and double the RAM. The device has worked across Windows Phone 8, 8.1, and Windows 10 Mobile. However, earlier this year Microsoft pulled the handset from the list of devices eligible for Windows 10 Mobile.

That means, ironically, that the newest platform build for the handset will be Android Marshmallow. Let us know, would you bother running this port?