We are only three weeks out after the launch of the Windows 10 Anniversary Update. However, Microsoft is moving full steam ahead with the next major upgrade. Earlier this week the company rolled out Windows 10 Redstone 2 build 14905. That preview build is available for Insiders on Windows 10 PC and mobile.

However, while the Windows Insider Program is along for the ride again, but the latest release actually comes with a bug. Redstone 2 14905 is available only on the Fast Ring, so discussing a bug is a little pointless. These ultra-early preview releases are littered with bugs. Microsoft normally lists them, though, but this issue seems to have gone unnoticed.

It seems that the bug stops users from changing Insider Preview settings from the Windows Settings app. Microsoft did not list the bug in known issues, but the company has acknowledged it. Jason “NorthFaceHiker”, Program Manager on the Windows Insider Engineering team says:

“This bug only affects users on build 14905 for PC.  It *does not* impact Mobile users. Users on this new build will not be able to change the Insider Preview Build settings on their PC. The cause of this issue has already been discovered and a fix is already in the works.  This fix will be included in an upcoming flight.

There are no workarounds for this issue.  It does not impact core OS functionality, only the ability to change flight settings.  If you find it necessary to make changes before a future build is released with the fix, you may roll back to your previous build via the Settings menu.  This however should not be required.” 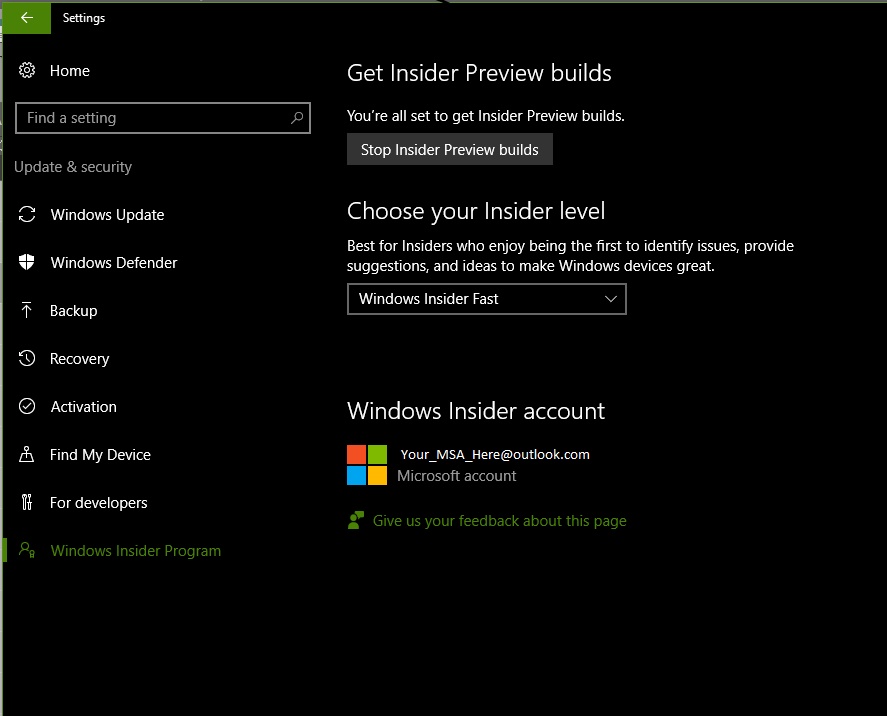 With no workaround, users are going to have to make do with the situation. Microsoft may be working to fix it, but could easily just wait until the next release.

Those who have the Redstone 2 preview are in for a long journey. The final release of the upgrade is not expected to drop until spring, 2017. In the meantime, Insiders will test the various features through stages of their development.