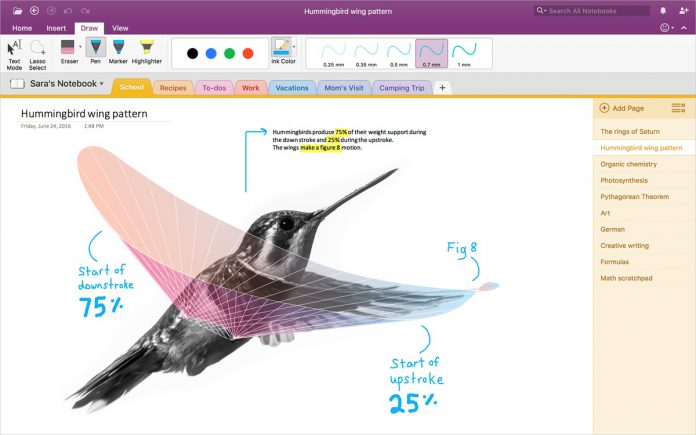 Microsoft has made its Evernote-to-OneNote importing tool available on Mac OS. The company announced the release on Thursday and talked up the OneNote tool’s success on Windows. With the importing tool, Evernote users can import their content to Microsoft’s note taking service.

The tool first arrived in March as a Windows feature. It was Microsoft’s way of enticing Evernote users to OneNote without them losing their content. When the feature first dropped, the company promised that a Mac OS version would arrive eventually.

What’s interesting about the tool is that it has actually been successful. Evernote is the runaway leader in this area, but OneNote has made in-roads. Indeed, Microsoft points out on the Office Blog that 71 million pages have been imported from Evernote. That does not mean users have jumped ship entirely, but it is a start.

Evernote may be the most used app of its kind, but the company has been in trouble. Last year Evernote laid off staff amid a downturn in revenue. Microsoft can see a gap opening in the market that could be filled by OneNote.

In its announcement, Microsoft also took a jab at the pricing of Evernote Premium. The note taking service charges $69.99 per year for its premium offering. Microsoft says that for that exact same money, users can get Office 365 Personal. OneNote it tied directly to other Office services like Word, Excel, PowerPoint, and Outlook.

How to migrate your notes from Evernote

Microsoft has added a video to show the importing tool in action. To get started migrating your Evernote notes to OneNote, you will need:

“A Mac with OS X 10.11+ (El Capitan). Once your Evernote notes are imported, they’ll sync across all your devices, including PC, iOS and Android, as well as web browsers—for free.

To speed up the migration process, it is recommended you have Evernote for Mac installed. Sign in to Evernote for Mac with your Evernote account and make sure your latest notes are synced before importing.”