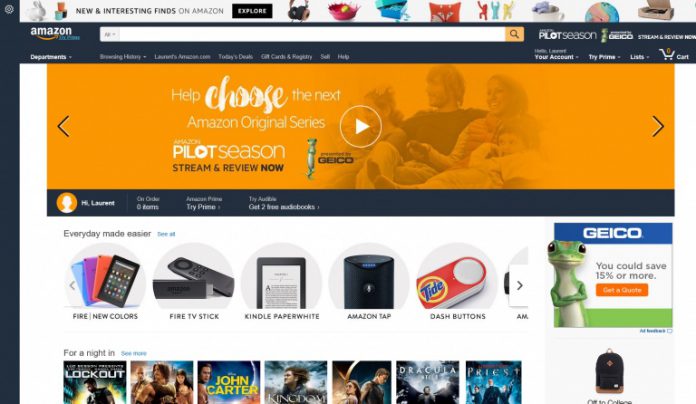 Amazon dropped a surprise by retiring its Windows phones app earlier in the week. Sadly it seems as though another major company has left Microsoft’s mobile platform. Amazon is still giving Windows 10 PC some thought. The company has announced a new Windows 10 PC app, although all is not as it appears.

After Amazon dropped its Windows phone app, there were rumors of the company launching a new Windows 10 service. However, it is hard to call the new app an Amazon creation at all. Instead, it is a Hosted Web App that has been created with Microsoft’s Project Westminster app bridge.

If you are unfamiliar with Project Westminster, here’s a brief description from Microsoft: “Project Westminster embraces “the way of the web” by giving you the opportunity to publish an app while continuing to use your tools, developing your code and deploying to the host you desire. Just enter your app’s start page URL and define the app’s scope of URLs in the app manifest to create a Universal Windows Platform app.”

It seems that Amazon has not been involved much in developing the new Windows 10 app. In fact, it actually seems to just be a front-end for the retailer’s website service. That can be evidenced by a lack of responsive UI, so scroll bars are still visible on the screen as they would be a browser.

Also, the port is a little lazy in other areas. For example, there are no Windows 10 integrations, like Live Tile support. Also missing is Cortana and push notification support, which are all useable in Project Westminster bridges.

On this evidence it seems a pointless application. Sure, there is some convenience in just tapping an app icon, but users could easily just opt for the browser experience. Considering Amazon’s approach to Windows this week, it seems the company has lost interest in the platform, at least from an app perspective.