The rumors have been floating around for a while, and today they have finally been finalized. Microsoft is open-sourcing PowerShell and widening it to Linux and Mac.

The announcement comes from Jeffrey Snover, on the Azure blog. Powered by .NET Core, the source code is now on GitHub to view freely.

Microsoft warns that although the feature is available, it’s essentially in alpha status. As a result, there may be some bugs and changes that are still being worked on.

PowerShell is limited RedHat, Ubuntu, Cent OS and Mac OS X, but Snover says there are plans to extend to more platforms. An official Microsoft release will also be coming soon, based on the current source code.

Of course, porting the functionality over wasn’t as easy as copy and paste, and with it comes some changes:

Snover also talked a little about what OMS means for PowerShell. Essentially, OMS Automation elevates the platform and DSC to bring new functionality.

You can graphically author and manage PowerShell resources, including runbooks and DSC configurations in one place. With OMS hybrid runbook worker that extends further, allowing you to update and monitor configurations anywhere, including on-site.

“Your PowerShell skills are now even more marketable,” says Snover, “and your Windows and Linux teams, who may have had to work separately, can now work together more easily.”

You can get started with PowerShell on the official website, and start learning it using via the GitHub repository. Microsoft also has also provided more detail about the OMS Automation, which is available here. 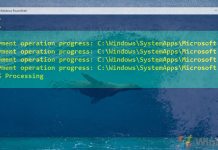