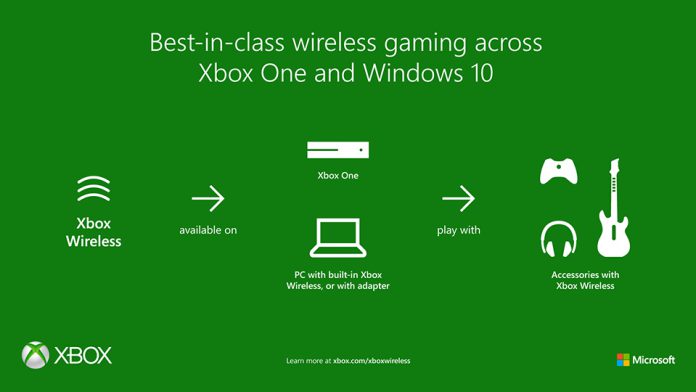 When Microsoft released its Xbox One S controller earlier this month, one of selling points for PC gamers was the wireless Bluetooth functionality. Picking up on this, Microsoft has now revealed the first PC with integrated Xbox Wireless.

The Lenovo IdeaCentre Y710 Cube comes with the support of all Xbox One wireless accessories without the need for any externals. This won’t be the only PC to have the capability, either.

“We are currently working with other partners such as Astro, PDP, Turtle Beach, and many more,” says Xbox Wire Editor in Chief Will Tuttle, “Going forward, you should expect to see both new PCs and new accessories that support Xbox Wireless as we create new ways for our fans to play seamlessly across devices.”

Microsoft claims that Xbox Wireless provides the best-in-class gaming experience for Windows 10 PCs, and offers many advantages over competitors:

In the future, the company wants to integrate Xbox Wireless into their hardware partner’s motherboards, reducing the need for wireless adapters.

Alongside its integration the Y710 Cube comes with some impressive specs:

The PC will launch in October, starting at $1299.99 for the GTX 1070 version, but likely going much higher if you want the most powerful hardware.

You can find out more about Xbox Wireless on the official web page.