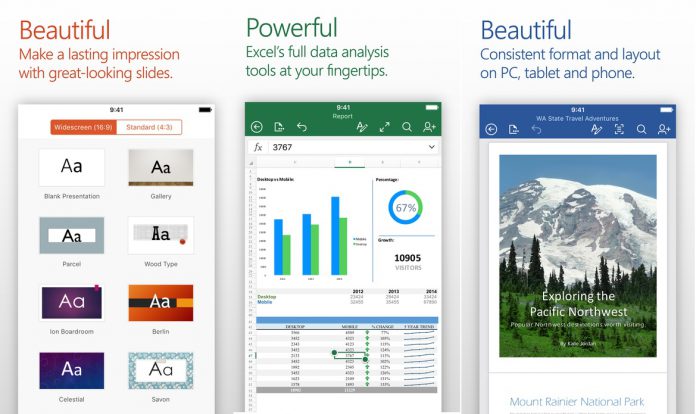 Microsoft has started the week with an update for its Office apps on the iPhone. The new update brings some added functionality to the productivity suite on Apple’s smartphone. Among the new additions is support for finger-drawing in Word, Excel, and PowerPoint.

That finger-drawing support lets users draw and take notes using their fingers. It is an expansion of Microsoft’s January update for Office on iOS. That update brought support for the Apple Pencil on the iPad Pro. While the Pencil does not work on the iPhone, users now get similar functionality by using a digit.

To gain access to the feature, there is a Draw tab that is now located in Word, Excel, and PowerPoint. Under this tab there are such options as the ability to draw, write, annotate, and highlight within a document. There is also some flexibility available as users can choose between using their finger or a stylus.

Microsoft has made the feature customizable in terms of how big the pen is. Shapes that have been drawn can be converted into custom shapes, and PowerPoint supports freeform drawings on top of existing slides. Excel users can use the new finger-drawing support to annotate in cells.

You can check out the new updates by heading to the following individual Office apps:

Last month Microsoft brought Certificate Based Authentication to Office 365 on Android and iOS in Preview. The feature is created to protect the credentials of customers in Office 365. Microsoft says leaked data is becoming so common that passwords are no longer enough on their own. The Identity Division within the company is designed to help shore up vulnerable credentials.

Office on iOS is a big part of Microsoft’s plans to make its services available across platforms. Mobile has been a success for the productivity suite and has spurred growth in recent years. Microsoft said at Build 2016 that Office has been downloaded over 340 million times on iOS and Android.