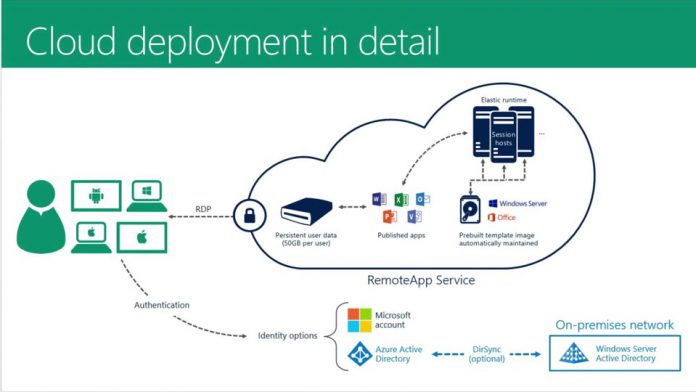 Microsoft will begin shuttering its Azure RemoteApp, a process that will happen over the next year. The company made the decision to “wind down” the service in favor of tightening ties with partner Citrix. Microsoft will phase out RemoteApp as it focuses on application virtualization software, the company said in a blog post.

Azure RemoteApp customers will continue to be supported until August 31, 2017. However, the company will stop new purchases for the software on October 1, 2017. Once again, the decision appears to stem from Microsoft listening to customer feedback. This is something the company has been doing across a wide range of services.

In its blog post, the company explains its reasoning for phasing out Azure RemoteApp:

“Customers have provided us consistent feedback that they want a comprehensive, end-to-end, cloud-based solution for delivering Windows apps. The best way for us to deliver this is with Citrix through XenApp “express”, currently under development. XenApp “express” combines the simplicity of application remoting and the scalability of Azure with the security, management, and performance benefits of XenApp, to deliver Windows applications to any employee on any device. We will have much more to share on this offering through the coming months.”

Texas-based company Citrix has been strengthening ties to Microsoft. The company offers application and desktop virtualization, networking, software as a service (SaaS), and cloud computing technologies. In its own post on the matter, Citrix says Microsoft will be increasingly involved in software development.

In collaboration, Microsoft will provide input into the next-gen Citrix XenApp and XenDesktop service. Indeed, the company goes as far as to say these upcoming software’s will be “Azure RemoteApp v.2.0”:

Azure RemoteApp gives customers tools to deploy and manage Windows applications. The services has been available since December 2014. At the time, Citrix was reportedly concerned that Microsoft had moved into the same market. However, it seems the companies have continued to work together. So much so that Microsoft no longer sees the need to keep supporting RemoteApp long term.