Microsoft has been big about unifying the Xbox platform. The company only discontinued the Xbox 360 this year and titles from that console function on the Xbox One. Backwards compatibility is coming to more and more 360 titles. Microsoft is now making Xbox One peripherals function on those older Xbox 360 games.

While not all Xbox 360 games work on the Xbox One, may do. Microsoft is working hard to bring more titles to its newest gaming platform. However, until now gamers could not use modern peripherals on those older titles.

For example, someone playing an Xbox 360 racing game could not use their Xbox One steering wheel. If a gamer has a wheel, it is likely they like racing games. It stands to reason gamers would want those peripherals to work across all games if they play on the Xbox One.

Microsoft answered the demand. After the debacle of the Xbox One launch window, Microsoft is making some real in-roads with gamers. At the moment only three titles have been announced with the support. However, Microsoft is likely to expand this with time.

You may remember that the company alienated the gaming community with some odd marketing decisions for the console. Since then the Microsoft charm offensive has been in full swing. Backwards compatibility for the Xbox 360 games is frankly huge. It is something Sony does not offer on the PlayStation 4 for example. 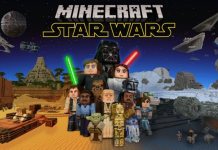