Microsoft has started rolling out a long requested feature for their OneDrive platform: the ability to copy files to SharePoint. The feature comes with some limitations, however.

Though you can copy from OneDrive to SharePoint, you can’t copy from team site to team site. There is also a 50MB limit on the function, which means it will only really be useful for images and documents.

How to Use Copy/Move in OneDrive

When a user selects a file, the function shows up in the “…” fly out menu. Then the user simply has to select “Copy to” and search for their SharePoint site. 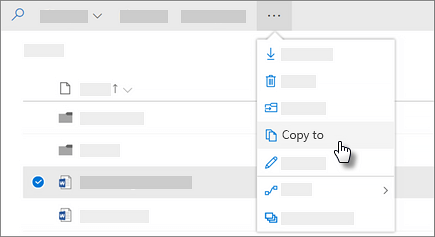 Copy uses Microsoft Graph to show information about most used sites, alongside the ability to navigate to the files you’re following and other location within OneDrive.

Microsoft notes that admins need to disable scripting for personal sites before they can use the copy function. For most users, this will be turned off by default, but Tenants created before 2014 need it done manually.

A recent survey by AIIM has found that despite many organizations adopting SharePoint, the system has not been adopted by many employees. AIIM is a non-profit trade association that is an authority in IT, Trade, and Enterprise models. 274 members were part of the survey.

The data revealed that 58% of organizations say that convincing employees to use the software is a challenge, while 43% say that it’s difficult. Much of the reason behind this is the fact that employees are already ingrained into their current file sharing apps.

“I’ve heard personally from folks that have said senior management decided to deploy SharePoint because it’s SharePoint but they have no clear understanding of what it’s supposed to do,” said Bob Larrivee, vice president and chief analyst of AIIM. “Change management is still a big issue when it comes to SharePoint.”

Microsoft’s feature update may provide a solution for the users that are already reliant on OneDrive, creating a hybrid system of the two that will eventually allow them to migrate.

Microsoft 365 Personal and Family to Store Data from Outlook.com and OneDrive