Microsoft has announced the release of Azure AD Conditional Access in preview, for iOS, Android, and Windows. The company revealed the launch through the Enterprise Mobility and Security Blog on Wednesday. Conditional Access gives Azure AD corporate users the ability to restrict access to enterprise managed devices.

Azure AD Conditional Access for preview on devices works in a similar manner. It creates policies within the devices that allow businesses to configure access to their needs. The preview is a true cross-platform release. As well as coming to iOS and Android, it is available across Windows 10, Windows 8.1, and Windows 7. 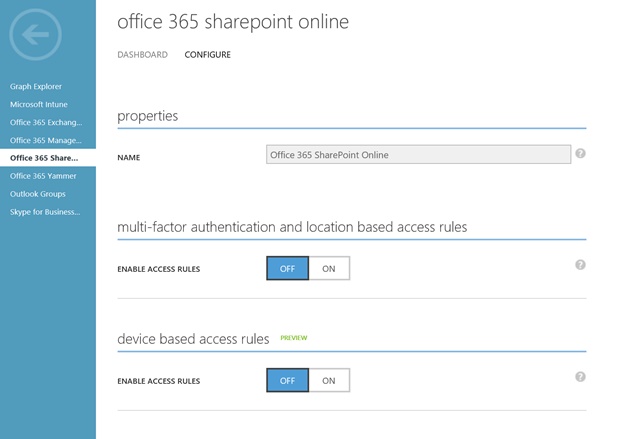 In a blog post to announce the release, Microsoft says policies are set on the following requirements:

Compliant devices – You can set a policy to restrict access to devices that are marked compliant in the directory by the management system. This policy ensures that only devices that meet security policies such as enforcing file encryption on a device are allowed access.”

Conditional Access is functional across any application that authenticates using Azure AD. For example, Azure, Microsoft CRM, and Office 365 can all be managed with the feature. Microsoft also points to a growing number of third-party apps that work with Azure AD CA. These services include SalesForce, Concur, and Service Now.

Organizations can also set up the service for on-premises apps if they have been published through Azure AD.