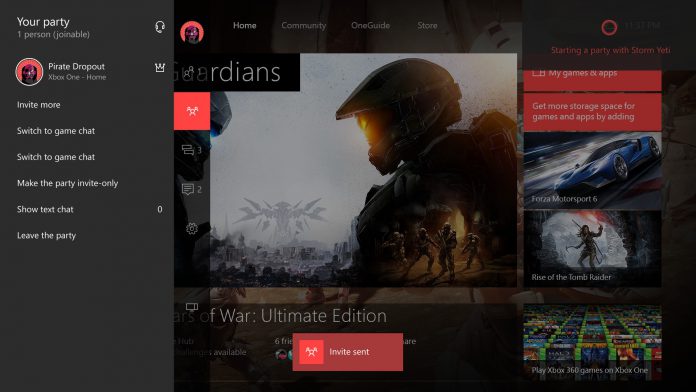 Microsoft has long held ambitions to unify the Windows platform across devices in a single ecosystem. With the release of the Anniversary Update a week ago, the company started to realize its Universal Windows Platform (UWP). Key to UWP is integration of Windows 10 into the Xbox and HoloLens form factors.

Virtual assistant Cortana is a big part of the universal plans. The software can tie Windows together across devices, and it launched on the Xbox One with the Anniversary Update. However, Microsoft admits that Cortana’s functionality if somewhat limited at the moment. However, she will get more powerful as the UWP concept expands.

At the moment, Cortana on the Universal Windows Platform for Xbox One is limited to US and UK users. Also, it is not quite yet an integrated universal service as it does not have the same feature set as the mobile or PC variants.

Speaking to Windows Central, Xbox’s Cortana chief Zach Johnson explains that features will be expanded. Johnson says that Cortana will eventually communicate with Universal Windows Platform apps on Xbox One.

This would certainly tie in with the overall plans Microsoft has for UWP. It is important to remember that the concept of a unified Windows experience is nascent in itself. Cortana for Xbox and the UWP have only been widely available since last week.

Microsoft eventually hopes to be able to offer Windows 10 across devices. Of course, the company does that already, but UWP will deliver as near as possible the exact same experience. Whether a user is on Xbox, HoloLens, PC, or mobile, their Windows experience and the use of apps should be the same.

Taking the concept further, Microsoft will allow users to merge their apps and games across devices. This cross-Window use will mean users avoid having to resume content of gaming sessions. It is also a way to entice developers, allowing them to create one app that will function across multiple devices.