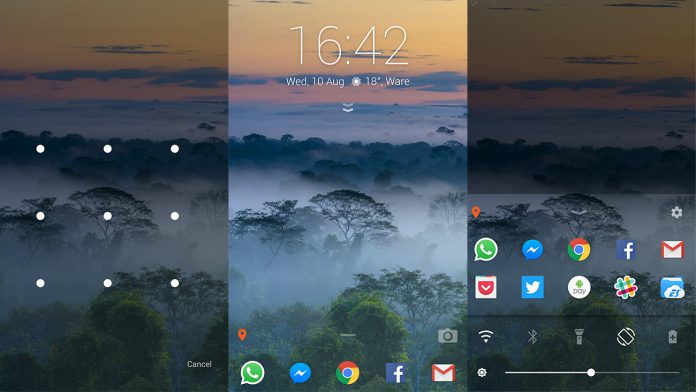 Microsoft’s Next Lock Screen has proven popular since its release for Android. Replacing the default, it increases productivity and saves time. Microsoft released an update for the app just last month, and it has now been followed by another.

The update comes with a significant performance increase and makes it easier for users to understand how to unlock their phone. Its additions bring the version up to 3.6.1.

The full changelog was published on the Google Play Store, and can be seen below:

“Welcome to version 3.6.1 of Next! We’ve added an animating arrow to the lock screen to better help users understand how to unlock. We’ve also improved the lock screen’s performance. Hope you like the additional flourish.”
Previewing the app, I noticed a slight performance increase, but didn’t find the animated arrow to be very useful. The icon only seemed to appear when I was already swiping downwards, which somewhat defeats its purpose.

In case you missed it, Next’s 3.6.0 update added some much-needed support for other languages. The app now supports French and Italian and has also benefited from better memory usage and bug fixes. Here’s the complete changelog:

Next has been my daily driver for a little while now, and although there are lots of alternatives out there, Microsoft’s is lightweight and packed with features. It lets you act from your notifications right from the lock screen, saving time, and also displays the status bar.

Though being able to launch apps from the lock screen isn’t a new idea, Next goes one step further and adjusts them based on your location. With new languages and increased performance, it’s getting hard not to recommend it over the competition.

You can download Next for yourself from the Google Play Store.