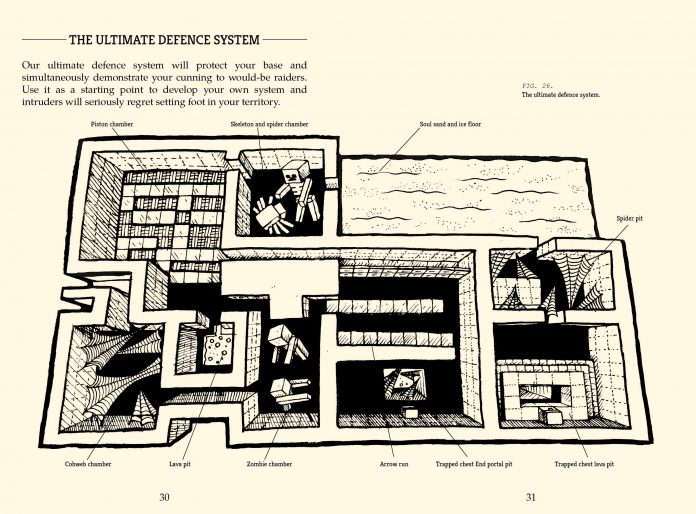 Minecraft is the second best-selling video game of all-time. Microsoft announced earlier in the year that it has sold over 100 million units. In other words, a lot of people are heavily engrained in the world building game. Among those people, there will probably be a many who are interested in Minecraft: The Survivors’ Book of Secrets.

This is a hardcover book of around 112 pages is now available in the United States. It is written by Stephanie Milton and focuses on collecting the knowledge of the Survivors. If you are unsure what this group is, Survivors are underground Minecraft experts. They have been in the game since Alpha and have a huge collective wisdom.

“You’re probably wondering why you’ve never heard of us. It’s because we’re THAT good. We’re experts at covert ops. Misdirection is our middle name. We’re invisible up until the exact moment we want you to see us. . . . Our successes are undeniably impressive: we’ve battled the Overworld mobs, dealt with enemy factions, and defeated the ender dragon multiple times.

Study this book carefully and you just might manage to stay alive as long as we have.”

Minecraft as a Commercial Giant

It is worth noting that the book is an official Mojang release. It is also marketed towards children between 8 and 12, but we guess any relative Minecraft newbie would get something from it. What the book does show is that Minecraft is now a huge media property.

Indeed, the property is now expanded across games, toys, visual entertainment, art, and books. Beyond the huge and continued success of the video game, it is easy to see why Microsoft acquired Mojang. In June the companies announced the Minecraft the movie will go into production for a 2019 release.

If you are interested in the new book, you can find it on Amazon in the United States.