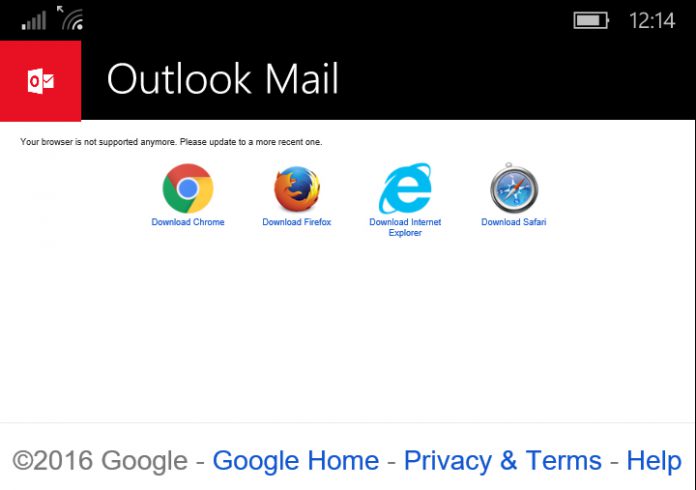 Last week it was revealed that Windows 10 Mobile users were being blocked from adding Google Accounts to Outlook. It appeared to be a slight against Microsoft’s platform that was created purposely by Google.

However, the company has now responded to the situation and says there has been an issue. Google says that problem has now been solved. While we first reported the story last week when it broke, the problem was affecting Windows 10 Mobile users for over a month.

It looked as though Google had discontinued support for its accounts on Outlook. Instead, users trying to add an account on Windows 10 Mobile found a “your browser is not supported anymore” message. There were some workaround available, such as changing the user agent to accept OAUTH authorization.

While the company has always been lukewarm towards Microsoft’s mobile platform, the company insists this was an accident. Indeed, it seems there was an issue that has now been resolved:

“Sorry for this problem everyone, this was not intentional and has now been fixed. If you are still having trouble adding your Google account, please let me know.”

That explanation was offered by a Google employee on the company’s product forums. Ok, it is not a definitive official response, but at least the company has addressed it in some capacity. The company says it will “work hard” to make sure the problem does not happen again.

Has the situation been resolved for you? Let us know either way in the comments below.