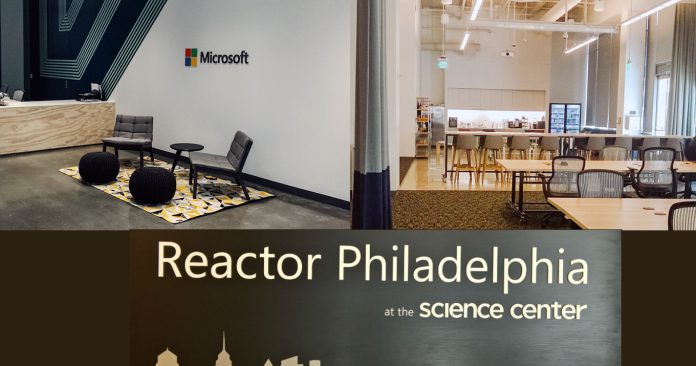 A second Microsoft Reactor has opened in downtown Philadelphia, the company announced. The location follows the first reactor that Microsoft opened by in San Francisco last year. Other locations are likely to open in the future, but the company is “making a long-term commitment” to Philadelphia.

Not quite as nefarious as it sounds, there is nothing nuclear involved in a Microsoft Reactor. Instead it is an initiative by the company to help people react in positive ways using technology in their lives. The company points out that the Philadelphia reactor will host tech experts, accelerator projects, and hackathons.

“The new Reactor will provide an array of world-class resources and support for students, developers, entrepreneurs and startups, and enables us to bring together our partners, local government and civic leaders, and citizens to foster innovation, collaboration and economic development,” says Microsoft’s director of modern government, Jeff Friedman.

“Those of us in Microsoft CityNext and our Citizenship and Developer Experience (DX) organizations will be the primary groups to leverage the Reactor but all employees will be able to use the community-friendly, University City location showcasing all the latest devices and hardware, including HoloLens, Surface Hub, Internet of Things technologies, Microsoft Band, Xbox and more.”

Microsoft’s new reactor is located on the ground floor of the University City Science Center. Dave Voyles, a DX technical evangelist, will be a permanent addition in the location. He will help developers and students through workshops and community connection projects.

The first Microsoft Reactor opened in San Francisco late last year. Events are held regularly around meetups, workshops, demos, and more. The interesting thing about Microsoft’s Reactor initiative is that it is open to all developers, no matter what platform they are from.