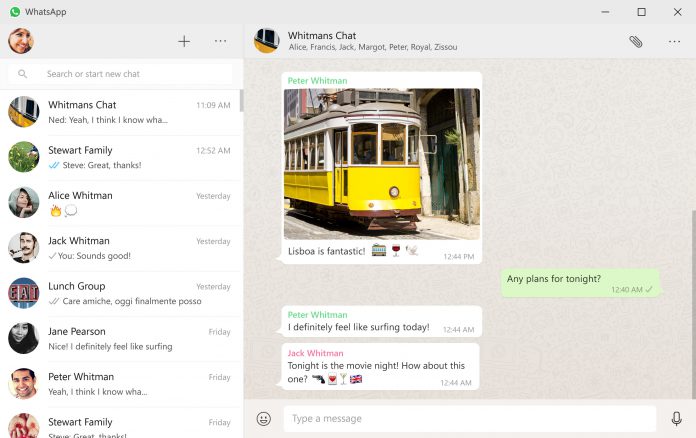 Windows has been getting a bolstered WhatsApp experience this year, including a desktop app experience. Now the service is expanding its feature set further on Windows phones and could be landing GIF support soon. That’s according to Italian website Aggiornamenti Lumia.

The normally very reliable source WhatsApp build 2.16.128 comes with GIF image recognition. However, the feature is not ready yet as the images are not yet animated. Users can still put the stills into messages, but the GIF will not move. The website shows images to highlight the use of GIFs in the service.

It is worth noting that this is a WhatsApp closed beta. That means users will need to email [email protected] to be included as a beta tester. Unfortunately, an email we fired off came a blank as WhatsApp says it is not currently accepting new beta users.

As mentioned, the company has been rolling out new features to Windows frequently this year. Document sharing was brought to Windows phone and then brought to the Windows beta app. The feature allows users to send office documents within a message field.

A desktop application was launched in May. The company explained that the app is merely an extension of a mobile account: