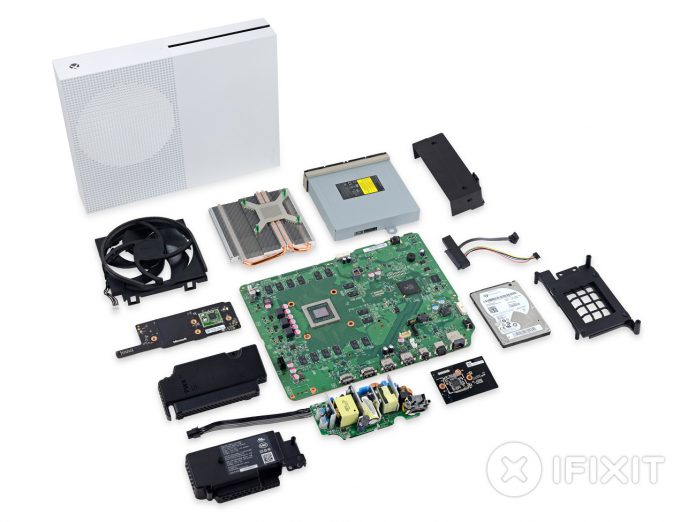 The Microsoft Xbox One S is now out in the wild. The console was launched on August 2 and pre-order customers are getting their device now. One of the dreaded things of any new electronics product is what happens if it goes pop!

iFixit has done its customary test on the reparability on the Xbox One S and given it a respectable 8 out of 10.

Note that a score of 10 would make a product the easiest to repair. So, with an 8 the Xbox One S is a very repairable machine. iFixit points out that only a few tools are needed to take every component apart. The website adds that replacing the hard drive will void the warranty.

The device is the sleekest console the company has made, 40% smaller than the original Xbox One. Microsoft solved some issues, such as placing the power supply within the unit, but these changes came at a compromise.

The company removed the Kinect port. Other features include 4K support and Bluetooth connectivity.

Here is what iFixit has to say about the Xbox One S:

It is worth pointing out that this does not speak for how likely the console is to break or not. We all remember the days of the early Xbox 360 models that were notorious for breaking. The dreaded red ring of death was a problem for users. Consumers with the Xbox One S will at least be able to fix their consoles if theirs is as unreliable. However, there are certainly no indications that the device is prone to breaking.