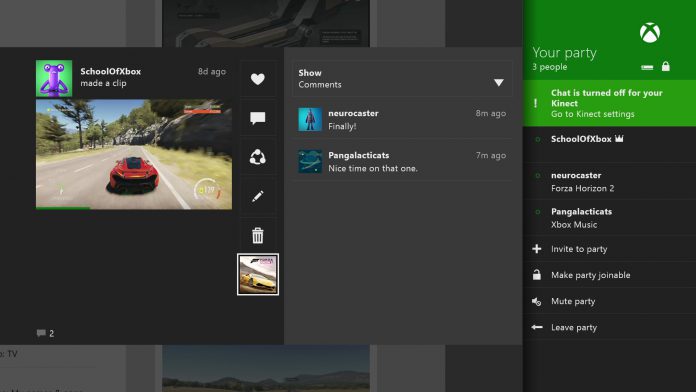 Microsoft is sending out Xbox One updates at a rapid rate. The latest release sees the company address more of the little bugs found in the recent Summer Update. More specifically, this update sorts out some issues with USB Keyboard, Party Chat, and Payments & Billing.

Just a few days ago, Microsoft rolled out the Xbox One Summer Update. The release was pretty substantial, adding Cortana to the Xbox platform. It also introduced other features like background music support.

The company followed up the Summer Update with a preview build release which added a Windows 10 Anniversary stipulation. Microsoft said some content may only be available to users running the new Windows 10 upgrade.

Continuing to shore up the Summer Update and bring fixes to the release, Microsoft has launched a new preview update. Consider this a patch that will sort out some niggling issues within core features.