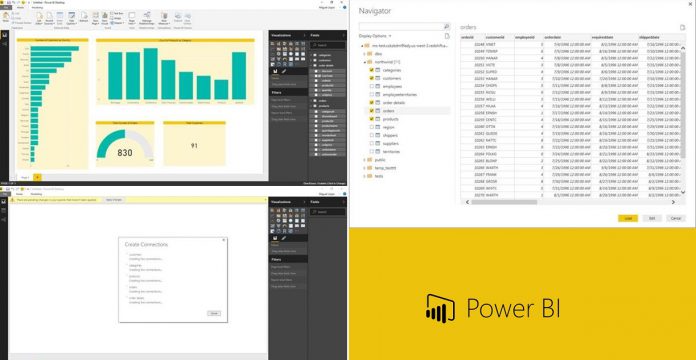 Microsoft has posted a description of a Preview of the Amazon Redshift data connector in Power Bi Desktop. The feature was rolled out as part of the July update for the analytics service. In an official blog post, Microsoft says Amazon Redshift is among the most requested data sources by customers.

The Amazon Redshift connector brings Amazon’s data warehouse service to Power Bi Desktop. At the moment it is in preview, but will roll out to end users in a few months.

Power Bi users can DirectQuery and Import connectivity modes and a range of connectivity options for Report Authoring. Microsoft, however, points out that the connector is only available in Power Bi Desktop and not the Gateway and .com options. The company says Redshift support for those services will arrive in the coming months.

If you are interested in trying Amazon Redshift in Power Bi, you need to enable the preview feature in the “Preview Features” tab in Options. It is then possible to test the Amazon Redshift connector by getting it from “Get Data” in the “Database” tab.

Users will need to verify their credentials through a username and passport before having access to Redshift. Once opened the connector will use a Navigator to analyze databases within a users database.

Microsoft describes what users can do in its post:

“If they select Edit, they will be taken into the Query Editor dialog where they can apply several different data transformations and filters on top of their Amazon Redshift data, before the data is imported locally. Many of these operations will be performed against the underlying Amazon Redshift database, depending on whether such operations are supported by the backend or not.

If they select Load, they will be asked whether they would like to use Import or DirectQuery mode. More information regarding the differences between these two connectivity modes can be found in the following article.”