Microsoft’s plans for Windows 10 are ambitious. However, a new survey from Adaptiva suggests that enterprise customers are in no rush to upgrade to the platform. That is both good and bad for Microsoft. It is also something we have seen happen with previous Windows builds.

Through its first year of availability, the platform has found its way to 350 million PCs in the consumer and enterprise areas. In terms of business, there is of course many more seats for Microsoft to get. Indeed, the company has said it wants Windows 10 on one billion PCs by 2018. An ambitious number, but how likely is it to be realized?

In its survey, Adaptiva spoke to more than 300 IT professionals and found there is no rush to upgrade to Windows 10. The survey shows that 54% of companies have migrated less than 5% of their systems to Windows 10. It gets a bit worse than that, with 41% using software to actively block the platform from installing. 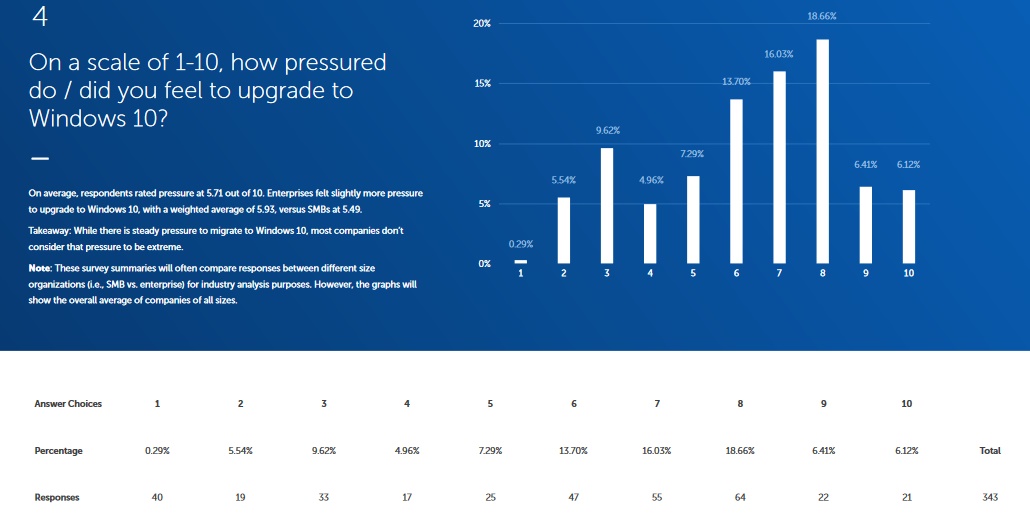 Of course, that is because of Microsoft’s aggressive and controversial methods for prompting updates. However, it also speaks of a reluctance to update to Windows 10. It is something we have seen before, particularly with Windows XP. 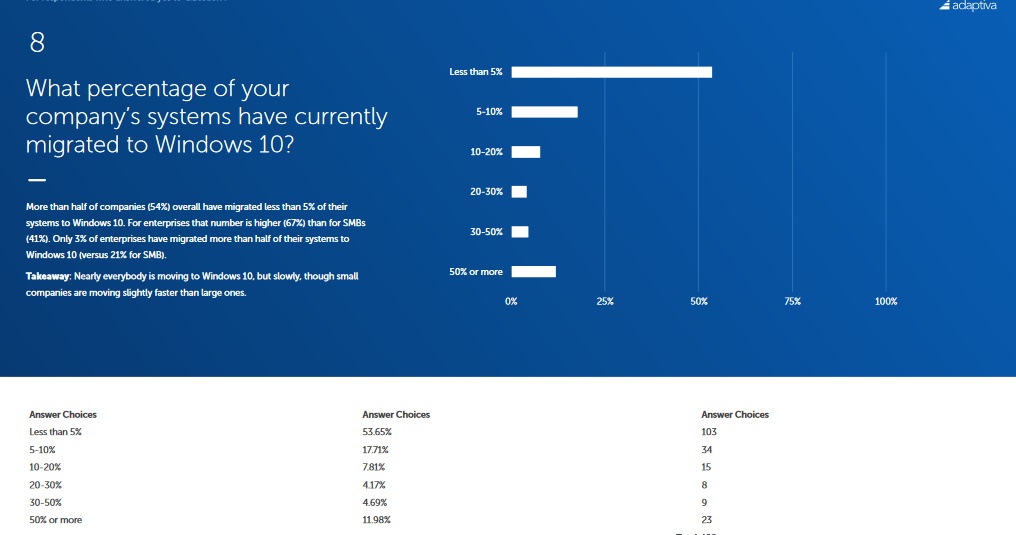 Microsoft thought it was easing the migration by making the upgrade free, but businesses have not taken the bait. Now that they have to pay, enterprises will be even more cautious about wholesale system-wide upgrades.

So, it is all a disaster for Microsoft? Not quite. The free upgrade cycle ended on July 29 and businesses must now pay $119 to upgrade to Windows 10 Home and $199 to upgrade to Pro. Needless to say, the next few hundred million migrations will make Microsoft a lot of money. The company just needs to motivate enterprises to make the switch. 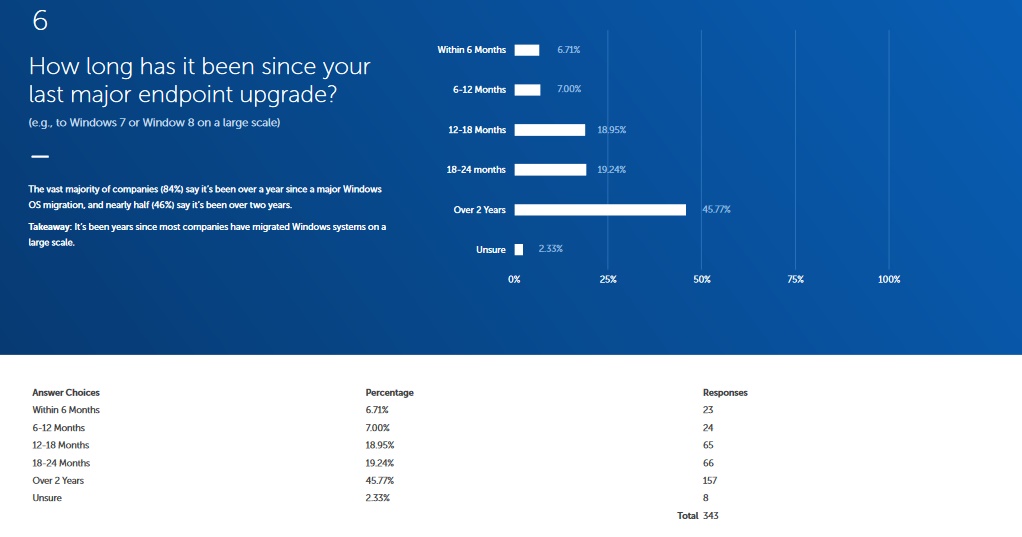 That does not mean companies are simply uninterested. 64% say they will be making the move to the platform within the next year. 2017 could be important because 46% say they have not done a major system update for more than two years. If a lot of businesses are coming to a long due update, Windows 10 will be their port of call.

Time is also a friend to Microsoft. Sure, enterprise clung to Windows XP for a decade, but eventually they moved on. It will be the same with Windows 10, the difference is Microsoft wants a quicker process. Nearly 52% of companies using Windows 10 say they will migrate above half of their systems within the next year.

Microsoft Viva Goals Debuts as a Management Solution for OKR