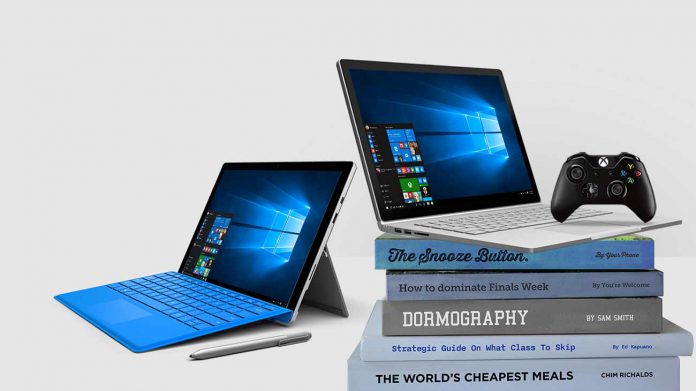 The option to upgrade to Windows 10 for free ended on July 29th, though there is still a workaround. In light of this, however, Microsoft is pushing a different way to get your hands on the OS – buying a new PC.

Editor-in-Chief Mollie Ruiz-Hopper highlighted some of the best deals on their official blog. US customers can get up to $150 of on a range of Windows 10 PCs, from the ASUS Q524 to the Surface Book i5.

Microsoft is catering further to the student audience with its “Study and Play” bundles. They can save up to $449 by buying the Surface Pro 4, or Surface Book, and an Xbox One.

The full details can be found on the Microsoft blog.