“Battle” was released on console last month and offers fast-paced deathmatch combat for online and local play. The original release had three maps, and this number has now been doubled.

Priced at $2.99, the new DLC adds Atlantis, Ruin, and Siege. The names are fairly self-explanatory and should reinvigorate the game mode while also giving more variety.

Players of Minecraft Pocket Edition and Windows 10 Beta might already be familiar with the new redstone-themed skins. The characters came with update 0.14.0, which was announced way back in February. 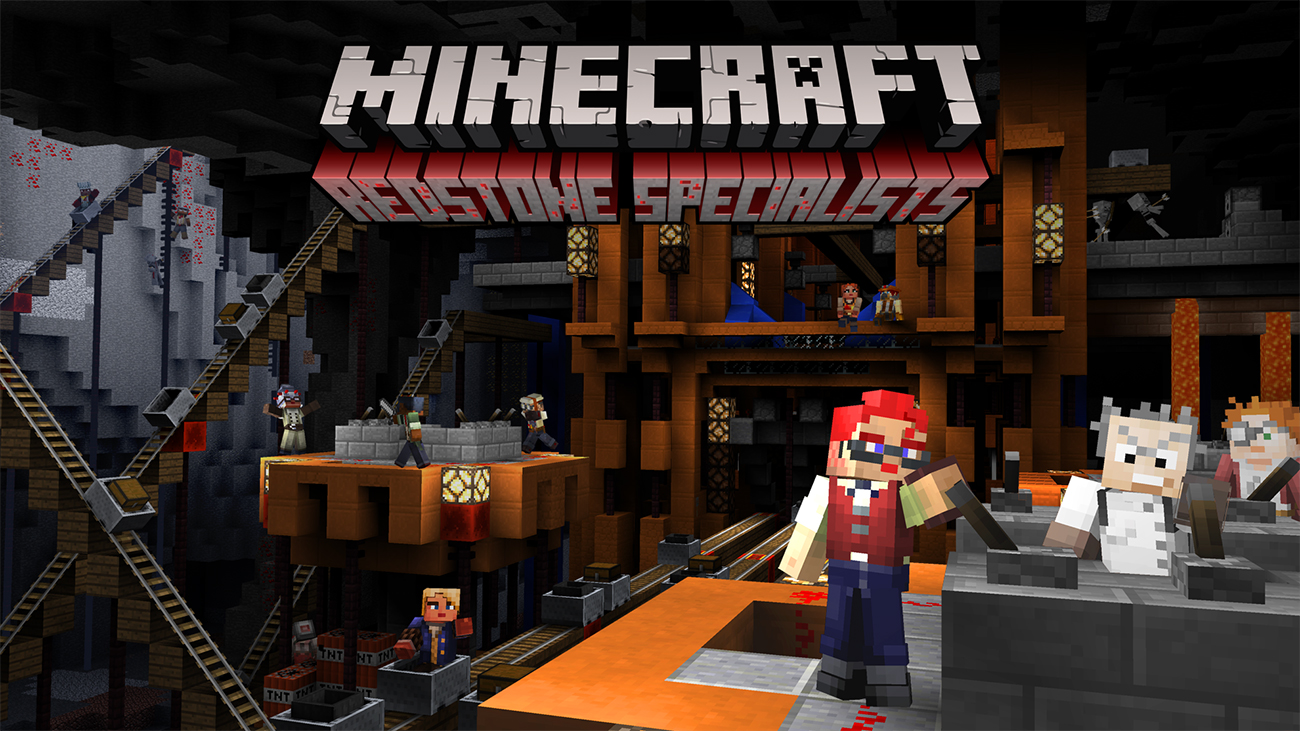 Mojang says the skins were “inspired by the builds we’ve seen you create.” They have now been ported to the Xbox 360, Xbox One, PS3, and PS4.

For $2.99 you get a total of fifteen skins and as always, a few can be used for free.

Today Mojang released Telltale Game’s Minecraft Story Mode Episode 7. The episode also has a Redstone focus, as players explore the technology in search for the secrets of the Old Builders.

Named “Access Denied,” the title can be purchased for on Sony and Microsoft consoles now, as well as on iOS, Android, and PC.

Battle Map Pack 2 and the Restone Specialists Skin Pack are also available now on the Xbox Store and other relevant retailers.