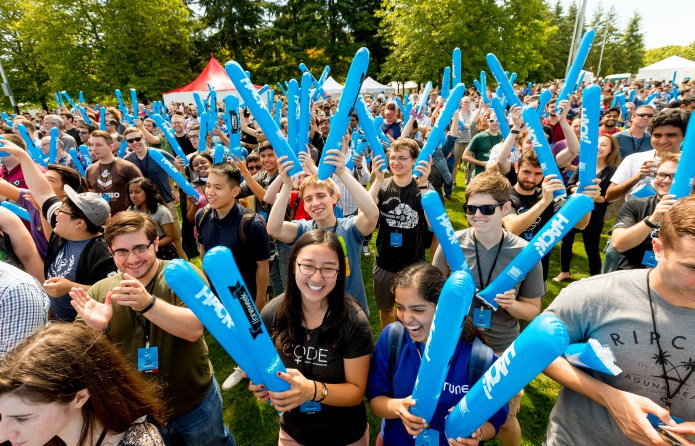 Microsoft is hosting its annual //oneweek hackathon this week. The company says that the event will be held across 72 countries around the world and that 14,000 Microsoft employees will take part.

In an official blog post to announce the event, Microsoft says that there are more than 3,200 registered Hackathon projects. During the week developers will be able to hack anything. Microsoft uses bots and HoloLens as two examples. These are two areas where the company is pushing for increased developer support.

Other potential hacks, according to the company, are accessibility, inclusive design, and cognitive services.

“This is the third year of //oneweek, which brings employees together as they work on projects that inspire them, as well as see and demo the latest Microsoft products, ask questions about what’s coming in the next fiscal year, volunteer in their communities and celebrate their accomplishments.”

Earlier in the year, Microsoft announced its first-ever open hack during the company’s first Indian convention.

The Open Source on Azure hackathon in India arrived as the Open Hack. The competition saw developers work on applications and ideas around the State Governments digital frameworks.