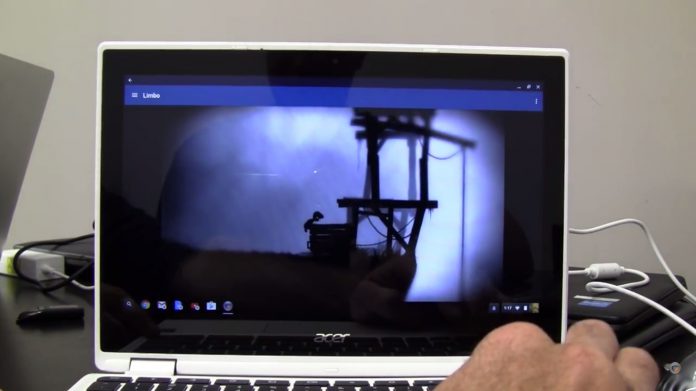 Last week I had the chance to sit down with James Ramey, President of CodeWeavers. The company’s CrossOver technology has been porting Windows applications to Linux and Mac for nearly two decades. Recently the company became the first to bridge Windows apps to a Chromebook, using CrossOver for Android.

During a wide-ranging discussion, Ramey talked about how CrossOver for Android overcomes the hardware restrictions on Chromebooks. He also had plenty to say about how Google’s computing platform has plenty of room to grow.

Nevertheless, Ramey believes that there will always be a need for Windows applications, but is unsure on Microsoft’s plans with cross-platform openness.

You’ve been porting Windows applications to Linux for nearly two decades and Mac since 2006. What were the differences or challenges in porting to Chromebook’s compared to those other platforms?

At the moment, the number of functional apps is limited, but you’ve said more support will come through future development. Does that mean major Microsoft services like Office 2016 will be available on Chromebooks through CrossOver in the future?

“Five years ago the platform for Android was very confined to phones and tablets. The form factor was almost entirely ARM-based, it had 2 gigs of RAM if you were fortunate, and storage space was between 1GB and 3GB. It was a very tight container.

In that container, Windows applications would not run. Fast forward a couple of years and now the form factors started to change a bit. You get 12-inch tablets so you’re starting to see laptop type Android devices. You’re seeing devices that are connecting into TV sets and that are using keyboards and mouse. Now you have a form factor that is conducive for Windows applications. At least from the standpoint of having a keyboard and mouse, two things most Windows PC applications require.

Intel based processors kind of take hold of the market a little bit, so things are starting to look up. At Google I/O this past May, Google announced they’re going to support Android-based applications on Chromebooks. This opens the door for CodeWeavers to provide support, but more importantly a lot of the devices coming out are Intel based this time, and have ample drive space, RAM, better graphics cards, and processors are better.

All that helps us better support Windows applications. Now, in terms of Office 2016, we are still working on that support for Linux, so we are not there yet. We are hoping to be there before the end of this year. We hope to have Office 2013, Office 2016, and be able to bring those applications to the Chromebook. On top of that, we already have Steam running so we have a number of games.

CrossOver brings intensive Windows gaming to Linux and Mac, such as Steam titles and hits like World of Warcraft and Skyrim. You have already shown Limbo running, but do the hardware limitations of Chromebooks make intensive gaming a less likely scenario?

“We are still limited. Not having OpenGL support does limit the number of games we can run on a Chromebook. We are also limited by the fact we don’t support DirectX 11 yet, that’s something we hope to have done by the end of this year as well. Those are limitations, but the foundation for running tier one games and apps is there, we think it is a matter of time before they fall in line.

We think the newer Intel integrated GPUs are sufficient for some of these games. Intel has made a lot of strides in their GPU support over the last 24 months. I think we are going to see some of that play out nicely in a Chromebook.

Hardware manufacturers are starting to get really creative with the type of Chromebooks they’re putting out in the marketplace. As a result of that you are going to see consumers who are looking for better experiences. Sometimes better experiences are better graphics cards, more RAM, bigger hard drives, and bigger screens. That type of device would be ideal for our technology and for Windows applications in general.”

Is the Chrome platform a threat to Windows and to Microsoft?

“Historically Chromebooks have filled a niche. You see them in a lot of schools, with consumers, and more in enterprise, so there is a niche. That niche has always been perceived as not needing as much as Windows, needing less than a full Windows experience. That may change and Chromebooks may offer a different, better experience which may attract more users.

There’s a lot of educational institutions in our country and around the world that have very limited funds. They look at the Chromebook as being a very powerful tool at an attractive price point, but they have one or two Windows applications that they need to run, both internally for administration, but also for their students. They can’t do that on a Chromebook today, so we become a very attractive alternative.

“We think so yes. That’s ultimately what we’re doing. We did tests initially, we were running different Windows applications through CrossOver for Android on a Chromebook. We would utilize our tool as the utility to support these applications on another platform.”

Do you feel the time of closed ecosystems is coming to an end? If so, is Windows the most versatile platform currently available, or not?

“I actually think that the most universal platform is Linux. If you look at what even Microsoft has done, they’ve embraced the Linux environment more so than any other. They do develop some of their applications for Android. It’s hard to ignore the 800 pound gorilla in the room, I mean Android is probably the number one operating system right now if you look at users. You can’t ignore that customer base.

But at the same point in time, we look at what Microsoft is doing by working with UNIX and Linux. I don’t know if it’s the end of the proprietary OS, but it’s a start, so we really have to see where that goes. I think the other thing we need see is the limitations of rules and restrictions companies like Microsoft put on this “open platform”. Because when you look open source and open platform, what you’re really looking at is the ability to do just about anything.

That’s different from being able to do things that have the permission of a Microsoft, or an Apple, or an Oracle, or a Google. If you’re looking for true openness, you’re looking to give people the ability to take that software and do whatever they want with it. I don’t think Microsoft is there yet, I don’t think Microsoft believes people should be able to take Windows and have Windows source code and utilize that in ways they are not imagining.

I think what they are very happy to do is include toolsets to their operating system that allow people to expand past the traditional Windows environment, but under the lock and key of what they want users to do.

There is a perception/reality difference in what people are seeing with Microsoft, but they are taking steps. You have to give them credit for doing that, and they are recognizing the Linux world and community, so I think you have to give them kudos for that. They are open sourcing some of their software now and making it available to developers. All that should be applauded.

Lastly, CrossOver for Android is scheduled for release later in the summer. Do you have a more concrete launch date?

“We believe the beta version of CrossOver for Android will be out before the end of August. In fact, it is likely that it will be out in the next couple of weeks. Overall it’s actually performing really well on a variety of devices and hardware, to the point we would could have it in the hands of users and let them break it in horrific and horrible ways and tell us about it.

Instability is not unexpected, especially with a beta, and we work with testers for them to hopefully understand that a beta is not a final product. It’s a blob we want you to test and poke at, we want you to break it in horrific ways and tell us about it so we can make the end result better.

We have always been concerned about giving it to end users and them saying it stinks, it’s horrible, and we would never use this. That is not the impression we want people to have.

The product today is not going to be what it is when it is fully released and available for purchase.

We’re essentially taking Windows applications and running them in a utility on a platform that’s entirely different from Windows to begin with. It’s like looking at a leprechaun riding a unicorn taking a picture of a UFO.”