Microsoft is sending out updates for the Xbox One Preview at a rapid rate. The company is preparing Windows 10 Anniversary Update and the launch of the Xbox One S on August 2. New updates in preview are finalizing features and solving issues before the release.

The update adds some new features, which is actually rare for a preview so close to a full build upgrade. Microsoft has been ramping up the previews recently, with another rolled out a week ago. The Xbox One Preview released on Sunday comes with the following improvements:

“Resolved and issue with Game DVR where game clips would fail to upload to Xbox Live.

Resolved an issue where pending UWA updates automatically started when launching the app.

Resolved an issue where UWAs were taking 5+ seconds to show splash screen on first launch with no indication of activity.

Resolved an issue where purchased gamertag changes were hanging in purchase flow.”

The latest update comes with confirmed issues. However, these are issues that are already known and have been on previous preview builds too. As this is a pre-Anniversary Update release, you will need to be a member of the Xbox One Preview group. To get the new update head to All Settings > System > Console Info & Updates. 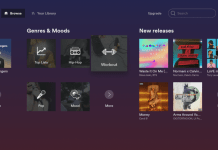