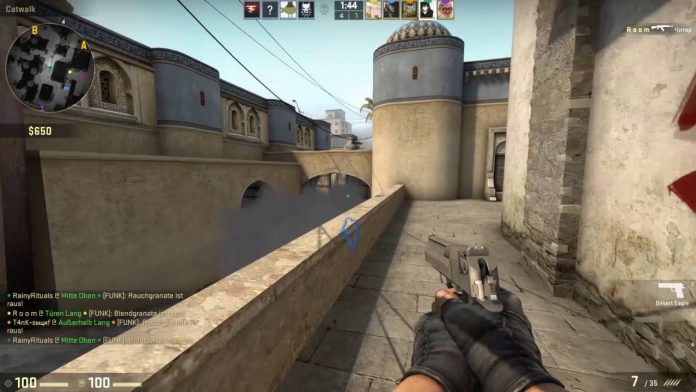 After making its stance on CS:GO gambling clear last week, Valve started to issue cease and desist letters to gambling sites. The gaming giant targetted 23 of them, giving ten days to change their practices.

The letter was first posted online by CS:Go Big, who announced that they would be disabling deposits immediately:“We are posting this as a PSA for everyone to be aware that other sites are affected too,” said a spokesperson, “and anyone who has items on other sites SHOULD withdraw them if they claim they will continue to operate.”

Valve has taken issue not with general gambling, but the use of Steam accounts to do so. Signed by General Counsel Karl Quackenbush, the letter reads:

“We are aware that you are operating one of the gambling sites listed below. You are using Steam accounts to conduct this business. Your use of Steam is subject to the terms of the Steam Subscriber Agreement (“SSA”). Under the SSA Steam and Steam services are licensed for persona, non-commercial use only. Your commercial use of Steam accounts is unlicensed and in violation of the SSA. You should immediately cease and desist further use of your Steam accounts for any commercial purposes. If you fail to do this within ten (10) days Valve will pursue all available remedies including without limitation terminating your accounts.”

CSGO500 and other sites have announced that they will be continuing to operate. The websites will adjust their methods to circumvent Valve’s terms of service, though how they plan to do this is not yet clear.

Twitch has also made its stance on gambling clear. The sites’ terms of service state that users cannot stream content that violates user agreements. Since then, the website has banned one of their most popular CS:GO streamers. PhantomL0rd had over 1.3 million followers and is yet to comment on the issue.

Both companies made their stance abundantly clear and have shown that ignoring it will have serious consequences. It will be interesting to see if this will mark the end of gambling on CS:GO, or simply a new beginning.