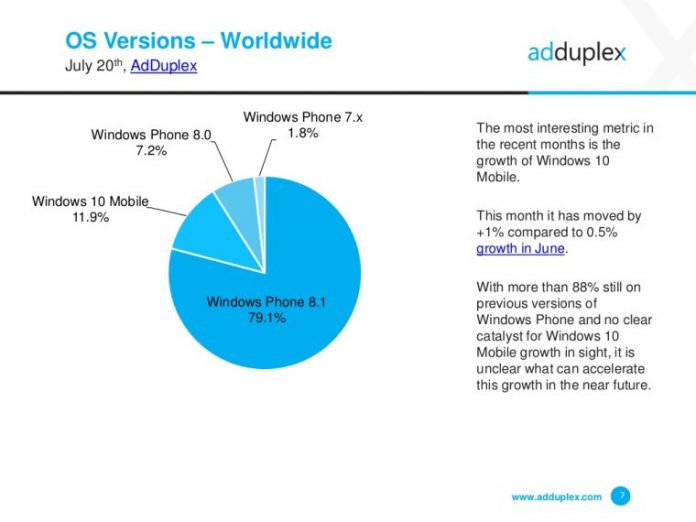 AdDuplex has released its latest figures showing statistics for Windows 10 Mobile for July. The advertising network uses a 24-hour snapshot of usage to show growth or decline through a month. For July, the company studied Windows phone use through July 20, 2016.

Windows 10 Mobile is continuing to grow against other Windows phone platforms. Microsoft’s latest mobile platform grew 1% over the last month, an increase of 0.5% compared to June. Windows 10 Mobile now claims 11.9% of all active Windows handsets. Still quite low compared to other builds, but a solid adoption rate considering the platform has only been available this year.

Interestingly, Windows Phone 8.1 increased its share of the platform with 79.1%, up from 78.8%. That increase comes despite a number of Microsoft’s Windows Phone 8.1 devices becoming compatible for an upgrade.

So, the question is whether newer build sales increased or older build users left the platform entirely? Sales of Windows phones over the months suggest the latter.