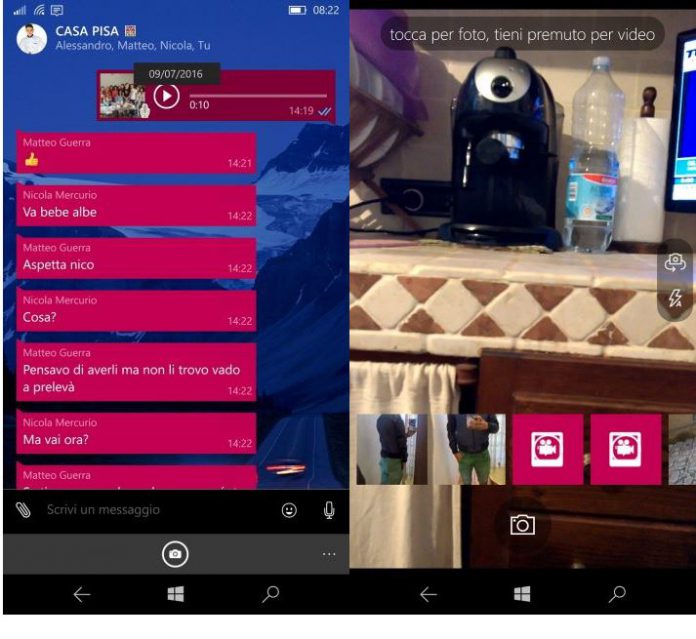 A small update for WhatsApp for Windows Phone dropped yesterday. It was a minor update on the surface that fixed a WhatsApp Web connection issue. There now appears to be changes made to the private Windows 10 Mobile version of WhatsApp.

The update appears to have dropped late yesterday, according to Italian blog Aggiornamenti Lumia. The chief change is a redesigned camera, while the app also gets a new date display. The update “modernized” the service on Windows 10 Mobile and bring the version number to 2.16.126.

Icons within the beta version have been replaced with the camera apps changing UI design. The report also states improvements in the “visualization of messages” and the date will “always will be visualized.”

Aggiornamenti Lumia says that the next update will bring GIF support to Windows 10 Mobile for WhatsApp users.

Last month, the Windows Phone version of the service. It came with a major fix for the bug which affected multi-select feature and rendered the chat screen unresponsive and inactive. The screen got totally unresponsive and did not function until the back button was pushed to go back to the WhatsApp home.

Back in May, the company took a significant step to competing with services like Microsoft’s Skype. The company launched desktop specific applications for Windows 10, Windows 8.1, and Windows 8.