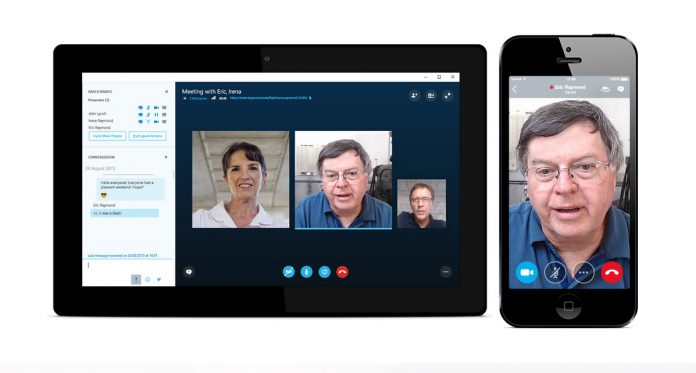 Microsoft has been moving Skype away from P2P from some time and today there was another big step towards completing the transition. The company announced that it is dropping support for Skype on both older Android builds and Windows Phone 8.1. More specifically, all Windows Phone builds older than 8.1 and all Android builds older than Android 4.03 will be unsupported.

However, Microsoft is not abandoning its old infrastructure entirely. Skype will still be supported on all major Windows builds of the last 15 years (10/8/7/Vista/XP) and also iOS 8 and above. Android users running later Jelly Bean builds, as well as Kit Kat, Lollipop, and Marshmallow will also be supported.

In terms of Windows phone builds, Windows 10 Mobile is supported of course. In fact, the platform will be scoring a Universal Windows Platform Skype app with the Anniversary Update in two weeks. That app is currently in preview and received an update this week to enhance group chat functionality.

Microsoft has been moving away from P2P to a modern infrastructure based in the cloud. In a blog post, Microsoft’s Gurdeep Pall stated:

“The transition has been ongoing for a while and isn’t complete quite yet. The team is working hard to ensure that our users can continue to use Skype smoothly throughout the transition. At times, unforeseen issues have cropped up, like messages not syncing across devices, or notifications not being delivered reliably. Knowing the impact of these issues for our users, we fix these issues as quickly as we can. We do ask all our users to update Skype to ensure they benefit from our latest fixes and improvements and to enable a smooth transition to the cloud.”

Just last week, Microsoft finally updated Skype for Linux. The service had been woefully unsupported for years, but not Microsoft has a true cross-platform service, even if older OS’s are starting to be left behind.

UPDATE: The latest figures for Windows phone usage shows that Windows 10 Mobile is only on 11% of all devices. That means more than 85% of all users will be losing Skype support on Windows devices.