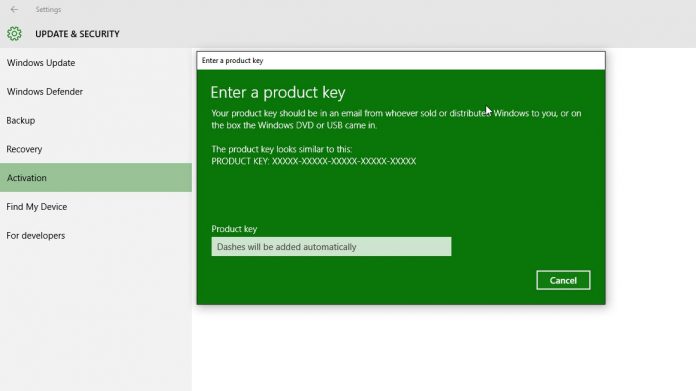 Since the release of Windows 10 Microsoft has been pursuing an aggressive campaign against software pirates. In May, the company asked courts to serve Comcast a subpoena to reveal the identity of users that were registering illegal keys.

The court approved their request, as well as their one for collaboration with EarhLink. The service providers now have to provide Microsoft with location details for the IP addresses.

The new lawsuit which was filed last week, focuses on a number of unnamed individuals who have illegally activated over 1,000 copies. The suit was registered in a Seatle court and focuses on a single IP address.

“Microsoft’s cyberforensics have identified over one thousand activations of Microsoft software originating from IP address 69.92.99.109 (‘the IP Address’), which is presently assigned to Cable One, Inc.”

Cable One is the USA’s 13th largest service provider and has over 2,000 employees. In recent years the company has had some negative press due to claims they were invading user’s privacy. Microsoft has not made a subpoena request of yet, so whether they will provide user’s information remains to be seen.

Microsoft has accused the individuals of activating copies of Windows 10, 8.1, 8, Vista and 7. The defendants have also allegedly tried to activate copies of Office 2013 and 2010, as well as Windows Sever 2008.

Microsoft claims that the number and pattern of activations they tracked to the IP address make it “more likely than not” that the keys were illegitimate.

Since 2005, Microsoft has filed over four hundred anti-piracy lawsuits, with settlements of over $42 million. The money has since been reinvested into further anti-piracy efforts. The company is not willing to compromise on illegally obtained software, and their re-investment shows that there are no plans to change this.