Microsoft is less than two weeks away from rolling out the Windows 10 Anniversary Update on August 2. The company is preparing for the big event by offering a number of Windows Store deals on a daily basis. Customers can take advantage of the celebration through July 29, which is the cutoff date for the free upgrade cycle for Windows 10

The ace up Microsoft’s sleeve in terms of gaming on the Windows Store is Minecraft. The company’s Mojang developed title is a juggernaut and it is being rolled out to promote the Windows 10 Anniversary Update sale. More specifically, Minecraft: Story Mode – A Telltale Game series first episode is available for free.

Mojang is also on board and is giving away a free map for Minecraft: Windows 10 Edition in beta, which at the moment is sold for $9.99. The developer says the map is “an awesome roller coaster map featuring all kinds of crazy visuals and builds.”

Microsoft is also running a competition on its Solitaire Collection game. The Windows 10 Anniversary Star Club Collection will reward the first 1000 players to complete challenges before August 30 with $10 in Microsoft Store gift codes.

From today until July 25, Microsoft is offering the free rental of School of Rock on Movies & TV. Users who opt to rent the Jack Black comedy will have 14 days to watch the movie before it is removed. 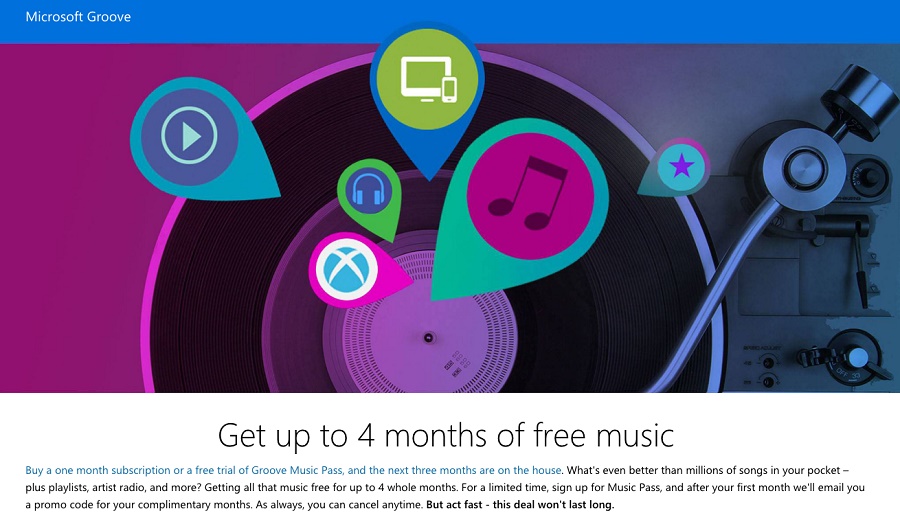 Up to 4 months of free music with Microsoft Groove

Microsoft Groove has had some major updates in recent months. Microsoft has already expanded the free trial to 60 days. Now the company is offering up to four months of free service when they sign up for the 30 day trial of a $9.99 subscription.

Report: Minecraft Is the Most Popular Gaming Target for Hackers