Getting a solid Skype experience on a Windows PC has always been easy. For Windows phone users it has been a different story. That’s why it was a good day when Microsoft finally decided to create a Universal Windows Platform (UWP) Skype app for Windows 10. It mean Windows 10 Mobile users would get an identical service to Windows desktop users.

The company has now released a new update for the Skype Preview UWP app. The update boosts group chat capabilities while also adding more Mojis to brighten up a conversation. Microsoft announced the changes in a blog post, stating:

“This release brings one of our most requested Skype features to your Windows 10 phone, the ability to make group video calls. You can have up to 25 friends and family come together on a free group video call, talk face-to-face with a 1:1 call, message your friends in an instant to share photos, video messages, your location and even send emoticons and Mojis to liven up your conversation. You can also quickly reply to Skype messages – no need to open Skype.” 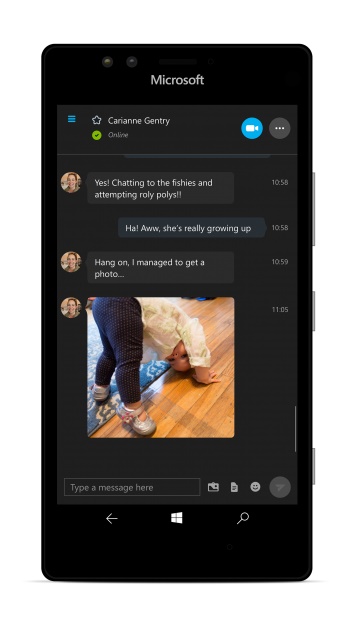 Later in the summer, Microsoft is promising a bunch of new Skype features. Included among them is the ability to send SMS from Windows 10 PC of Mobile. The company says this allows SMS functionality across devices on the Universal Windows Platform.

As the Skype Preview name suggests, this is still an application in development. As such, Microsoft is pointing Insiders towards the Windows Feedback app, where they can give their thoughts on Skype UWP.